Places to visit on a classical tour of Istanbul 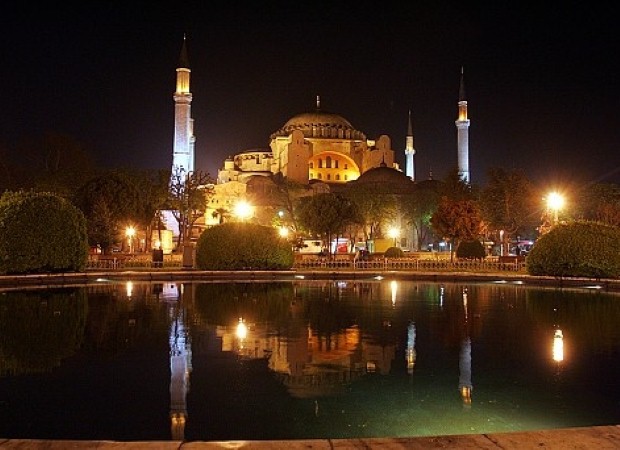 Istanbul is a popular destination when it comes to classics tours for schools. Filled with a plethora of historical and cultural attractions, the city provides a great learning experience for students studying the subject.

Here are our recommendations for attractions to take in on a school trip to this part of the world.

Established in the 15th century, Topkapi Palace is a sight to behold. As the home of the rulers of the Ottoman Empire, the building was often claimed to be the most magnificent palace ever built after its construction.

The structure is now a museum and a tour here will take you through the domed harem baths, the Council Room and its huge collection of weaponry, the former treasury and rooms filled with relics and costumes from centuries gone by.

Also known as the Sultanahmet Mosque, the Blue Mosque was built in the early 17th century and is famous for its floors lined with tens of thousands of blue Iznik tiles.

It was the first mosque to be designed with six minarets and was heavily influenced by the work of Mimar Sinan, who created the blueprints for numerous other buildings throughout Istanbul.

This part of the city hosted chariot races when it was known as the Hippodrome in the Roman and Byzantine eras and soon became the heart of Istanbul.

Walk around Sultanahmet Square today and your students will be able to take in a host of palaces and monuments including the Serpent Column, the Obelisk and the Milyonbar.

Located underground, the Yerebatan Cistern – also known as the Basilica Cistern – is sure to be an exciting place to visit for students on an educational travel tour in Istanbul.

While it was built to help supply water to the city's population, this impressive chamber seems more like a castle than a piece of essential infrastructure as you wander past huge marble pillars and visit the museum.

Cultural events such as concerts are occasionally held here, so it may be worth seeing if you and your class can attend one of these shows.

This awe-inspiring church may have been built by a Byzantine emperor, but it tends to bring the Romans to mind thanks to the architectural elements that were inspired by the ancient civilisation.

Constructed in 360 AD, the Hagia Sofia has seen its fair share of raids, fires and rebellions. Its famous dome and mosaics have been well preserved, however, meaning there is much to see here with your students.

Home to 3,000 shops and stalls, the Grand Bazaar is the largest and oldest in the world. Jewellery, clothing, furnishings and much more can be browsed and bought under the many domed roofs covering the market's streets.

Your class can stop for refreshments and watch the world go by at one of the many cafes and restaurants in the marketplace.

Hire a castle and see the Dundee Flower and Food Festival – travelbite.co.uk

An adventure-seeker's guide to exploring Vietnam