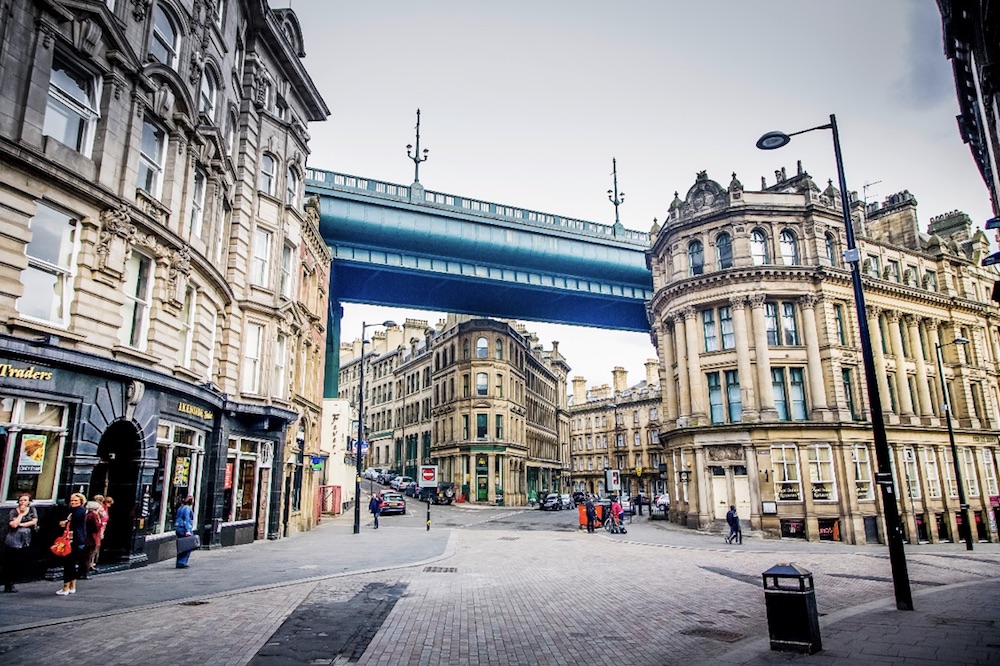 Some of the best tourist attractions in England are to be found in the North East of the country. This is where the true beauty of England shines.  From historic Durham and York to the buzz of Newcastle and culture filled Leeds and the surfer friendly beach towns of Tynemouth and Scarborough, there is lots to discover for locals and tourists alike.

At Travelbite, we’ve put together the 4 top attractions to visit while you’re in the North East of England.

Fancy some close encounters with a former British Prime Minister and panoramic views followed by a relaxing cup of tea of the Earl Grey variety?

Situated in Newcastle city centre, stands Earl Grey at 40m. The monument stands high above the city centre with the impressive Grey Street to the left while it overlooks the historically important area of Grainger town down to the right.

The building was erected in 1838 and the Grade I building was created to commemorate the Reform Act made in 1832 which Earl Grey drafted during his time as PM of the UK.  The tourist attractions is open to private and public tours all year round.  Discover what’s inside by climbing the narrow staircase (that’s quite narrow btw) and reach the top and be welcomed by panoramic views of the city.

After discovering the top of the monument, it’s time to have some Earl Grey tea. Head over to the Café Royal that’s nearby or the Fenwick’s Foodhall where you can relax and enjoy tea and other goodies.

Bringing Old England to life is the Beamish museum that’s situated in 300 acres of jaw dropping Durham countryside.  The Living Museum of the North brings 200 years of history into the 21st century.

Make your way around the huge museum via tram to get the real feel for what this attraction is about.  Visit the local dentist after taking time out at the sweet shop and watch how traditional sweets are made.  Head over to the Sun Inn Pub for a well-earned pint or if you want to treat yourself then there’s the old school Edwardian Bakery.

Go down a real mine at the Pit Village to immerse yourself in proper North East of England history and try fish and chips at Davy’s Fried Fish shop. The museum experience becomes truly authentic as staff are dressed in period costume.

The attraction is easily accessible as it’s only 3 miles from Durham itself and if you’re from out of town – it’s a 3 hour train ride from London.

While you’re in the North why not stay nearby at the fantastic Redworth Hall Hotel? Add to your experience will a stay at one of the North’s historic hotels.

Head to Raby Castle at Durham Dales where you can discover one of the East’s most stunning Castles.  Here you can enjoy the delights of the walled gardens and 200 acre deer park. The tourist attraction was built in the 14 century by the Neville’s and since 1626 it’s been home to the family of Lord Barnard.

This dramatic castle has lots to offer including the ornamental walled gardens which have been around since the 18th century. Explore the rose gardens, formal lawns, making this place enchanting and mesmerising at the same time.

The original features in the garden remain to this day, like the two yew hedges and the ornamental pond. If you’ve got the kids with you then don’t forget to head to the woodland adventure playground.

Walking up the grassy path to Housetead’s Roman Fort, you can envisage what life was like for the near enough 1000 Roman soldiers posted there. The landscape that meanders its way around the North of England is the iconic part of Hadrian’s Wall World Heritage Site. Enjoy panoramic views of 360 degrees.

The commandant’s house and the barrack block’s still remain at the fort while you’re likely to come across some of the oldest toilets you’re ever likely to see.  Take time out at the museum houses that are home to some great historic exhibits.

Once your visit is coming to a close enjoy the visitor centre where you can enjoy a Roman Souvenir.

The North East is full of secrets that you’ve still not discovered. Take a break this spring in the North East of England.

What kind of excursions are available from Puerto del Carmen?