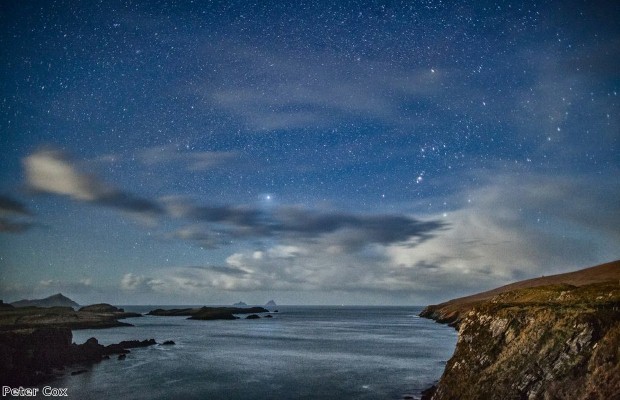 The new reserve is located on the Iveragh Peninsula, sandwiched between the Kerry Mountains and the Atlantic Ocean, which provides natural protection from light pollution.

The IDA designation is the result of a three-year campaign by the Kerry Dark Sky Group who have spent countless hours educated locals, companies in municipalities in protecting the skies. One of their achievements includes the replacement of all street lighting to Dark Sky-friendly light fixtures in 2014.

“The granting of this award will provide new opportunities to enjoy and experience the beauty of South West Kerry’s night sky,” said Julie Ormonde, Chairperson of the Kerry Dark Sky Group and Project Manager of the Reserve.

“It will encourage other areas in Kerry, and in Ireland as a whole, to take positive action to protect their own dark-sky areas,” she added. 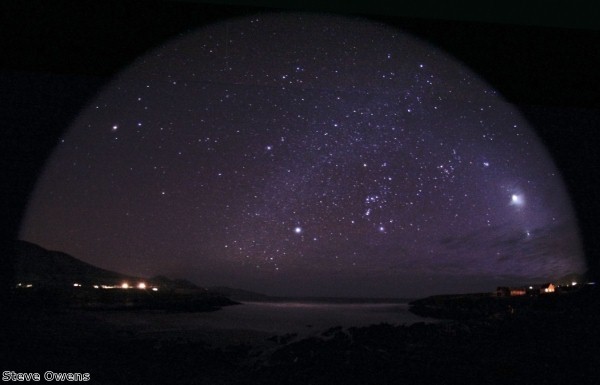 Alongside working to protect the skies from light pollution, it is hoped that the new Dark Sky status will attract visitors and stargazers to the area to marvel at the skies.

Kerry International Dark Sky Reserve will be part of Wild Atlantic Way, a new tourism initiative for the West Coast of Ireland.

It is not the area’s first astronomical landmark. In fact, the night sky has captivated the people of western Ireland for millennia. Nearly 6,000 years ago, the Neolithic inhabitants of the Iveragh Peninsula built stone monuments incorporating alignments  to track cycles of the Sun, Moon, and stars.

According to some experts, ancient Ogham-language inscriptions found in the region may depict celestial observations.

Astro-tourism: Dark Sky Reserves and where to find them

Are you a keen stargazer? With an estimated 250,000 amateur astronomers in the UK, it’s clear that astro-tourism is on the rise, both at home and abroad.

With some of the darkest skies in the UK, Dwr Cymru Welsh Water's Elan Valley estate is aspiring to become the first International Dark Sky Park in Wales.

Why choose the Forest of Dean for a short break?