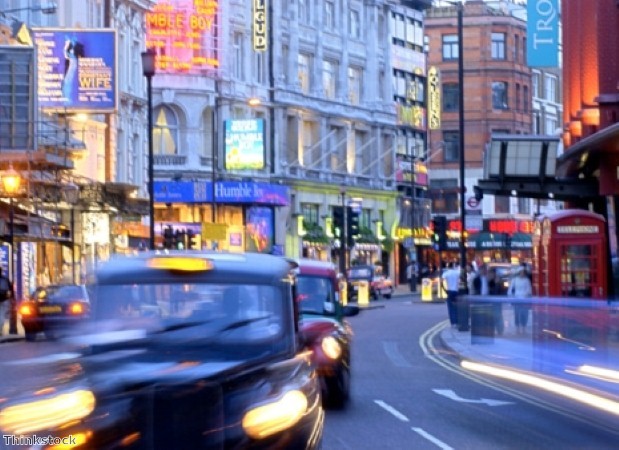 Soho is a bustling, vibrant area of London

London is awash with vibrant, bustling areas, but there are perhaps few that are more dynamic than Soho.

Situated in the City of Westminster and part of the famous West End district, this is one of the liveliest parts of the city, so whether you're visiting for the weekend or spending a longer period of time here, you're bound to be captivated by it.

However, if you're keen to check out the scene here, it's a good idea to first look into booking 3* hotels in London that are in the vicinity. That way you don't have to spend ages travelling to and from your accommodation in the region each day.

And with a range of hotels in Soho to choose from, finding something that is suitable for you shouldn't be too difficult.

This part of London is well-known for its numerous entertainment venues and bustling nightlife – and with the city's famous theatre district right on your doorstep too – so it may be an idea to look for centrally-located hotels in the West End so you can make the most of everything that the region has to offer.

Before you start to look for hotels in the area you may want to find out more about Soho's history. You could be interested to know that the area was mainly farmland up until 1536, when Henry VIII decided to use it as a royal park. Its current name came about around a century later when the Duke of Monmouth used 'soho' as a rallying call during hunts and armed battles.

Over the centuries that followed, Soho was largely avoided by the upper classes until the early 20th century. During the 1950s and 60s, it became a hub for all kinds of artists and musicians, including Eric Clapton and The Sex Pistols.

In 1962, the Rolling Stones performed live for the first time at Soho's Marquee Club, while jazz club Ronnie Scott's is where Jimi Hendrix played his last ever gig.

Although the Marquee Club is no longer running, you can visit a wide range of entertainment venues in the area, with the Trocadero complex near Piccadilly Circus having a cinema, crazy golf and several floors of arcade games.

You'll find numerous venues that put on musicals and plays here, with the beautiful redbrick Palace Theatre having hosted productions of Priscilla – Queen of the Desert, Les Miserables and Monty Python's Spamalot in previous years.

The Prince Edward Theatre and Criterion Theatre are situated in the district, so there's always bound to be at least one show that will catch your interest here.

If you fancy doing some shopping, make sure you head to Carnaby Street. Here you'll find a fantastic range of well-known stores and independent boutiques, in addition to several bars and nightclubs, and in the 1960s it was regarded as being the centre of 'swinging London'.

Soho is also the centre of London's gay scene and you'll find lots of bars and clubs in the area that cater to this crowd. If you're feeling really risque, you could even go to a burlesque show!

Whatever you do, you may find that you soon work up an appetite. For high-end haute cuisine you could visit the Michelin-starred Gauthier Soho on Romilly Street, although if you're on a tighter budget you can find a number of lower-priced yet no less tasty cuisine in neighbouring Chinatown.

No matter what you're seeking in Soho, be it a night at the theatre, great food or fantastic shopping, this is one part of London that you shouldn't miss.

Where to become a conservation volunteer in Latin America

Get great deals on flights to Dubai with Flight Centre – travelbite.co.uk