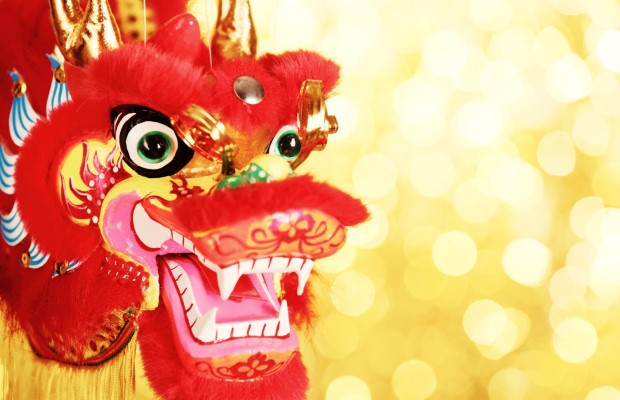 Chinese New Year is the biggest festival in the Chinese calendar and this year is set to be the most spectacular party yet.

Festivities will begin at 10am with the return of the fantastic New Year's Parade around the West End.

Passing through Chinatown, Shaftsbury Avenue, Charing Cross Road and Rupert Street the colourful floats and beating of drums will reach its final destination of Rupert Street at 11am.

Following a New Year’s parade around the West End, the celebrations will be officially opened with a traditional Eye Dotting ceremony, taking place at midday in Trafalgar Square.

Dignitaries will include the Chinese Ambassador to the UK, Mr. Liu Xiao Ming and Deputy Mayor for Education and Culture Munira Mirza.  A dramatic firecracker display will then signal the start of a cultural feast of Chinese music, dance and acrobatics.

See our top 5 Chinese New Year celebrations around the world

Once officially opened, the celebrations will kick off with Dragon dancing, music and performances with acts including the acclaimed singer-songwriter Emmy The Great, Lightspeed Champion and Noah and the Whale taking to the stage from 1pm to 5.30pm.

Tenor mega-star Paul Potts will also be entertaining the crowds later in the afternoon (3.30-4.30pm) performing tracks from his albums 'One Chance,' 'Passione' and 'Cinema Paradiso' that have sold over four million copies to date.

100 other performers including acrobats, musicians and dancers will also show off their skills on the Trafalgar Square stage, including the world-renowned Chen Brothers’ performing their gravity defying Flying Lion Dance.

Chinatown will also be at the centre of the New Year party. The area will be a hive of activity throughout the day with traditional craft stalls and food stands lining the streets.
Special events planned for this year include a weekend of oriental artistry and trickery from Opium Cocktail and Dim Sum Parlour and special culinary tours of the area from cooking maestros the School of Wok.

At 5.55pm a stunning fireworks display will mark the end of the day's celebrations.

The London Mayor, Boris Johnson commented: "London's Chinese New Year celebrations will be without doubt an early highlight of 2013. Bringing hundreds of thousands of people into central London it is one of the most exuberant and colourful events of the year, with Londoners and visitors alike enjoying acrobats, musicians and performers from the UK and China itself. As we get set for the Year of the Snake, have a wonderful celebration. Kung Hei Fat Choy.”

Lawrence Cheng, festival director, London Chinatown Chinese Association, which is organising the celebrations, added: “Chinese New Year is the most important festival for the worldwide Chinese community.  It has been celebrated for thousands of years, but nowadays it is welcomed by over a sixth of the world’s population.  It is wonderful to witness the celebration of Chinese culture in London. This multi-cultural city sees the largest celebration of Chinese New Year outside Asia.”

The 2012 Chinese New Year celebrations are organised by the London Chinatown Chinese Association.

This Sunday (January 29th) sees the long-awaited arrival of the 2012 Chinese New Year Celebrations in London.

New Year's Eve in the capital

It’s time to celebrate the end of 2012 and bring in the new year in style across the capital. Whether you are looking for the ultimate party, an intimate dinner, or something a little bit different, London is the perfect city to toast the New Year with friends, family and loved-ones.