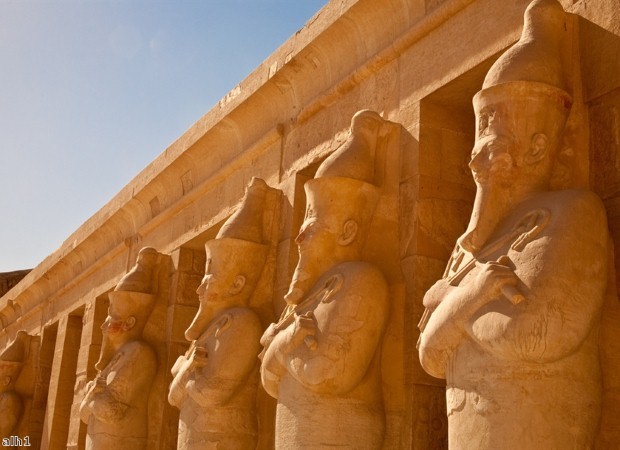 Egypt is a great place to visit, as it boasts lots of things for tourists to see and do on their holiday. Home to ancient attractions, gorgeous beaches and azure seas, it has everything you could want from a fantastic trip away. Here are just a few of the many sites you can visit.

Egypt's ancient pyramids are the most popular attraction to visit among holidaymakers in the country, and it's hardly a surprise as they are among the greatest historical sites in the world.

As you arrive in Giza, you'll immediately notice the three grand pyramids, made thousands of years ago by hand and still standing the test of time. The entire site is one of the seven wonders of the world, and the pyramids are definitely awesome examples of the work of man.

Khufu's Pyramids is the biggest, with Khafre and Menkaure pyramids following behind. At Giza, you will also spot three smaller pyramids (each standing 20 m high) for the wives and sisters of Khufu, as well as the Great Sphinx.

Another great example of architecture in ancient Egypt is the Temple of Luxor, which was dedicated to the kings of the empire. King Amenhotep III was in charge of building the temple during his reign (1390 and 1353 BC), before Ramesses II finished the job.

People have worshipped at the temple for thousands of years, from ancient Egyptian times through to the modern day, as a result of the area being taken over by the Romans and Christians following the demise of the Egyptian dynasty.

You'll also find temples at Abu-Simbel, which were constructed in honour of Ramesses II and his wife Nefertari. The former temple, built in the 13th century, contains four figures of the pharaoh. The size and grandeur of the building is incredibly impressive, with the interior measuring 185 ft, the facade 119 ft by 100 ft and each statue 67 ft tall.

Depending on when you travel to Egypt, you might see the morning sun shine through the temple cave and light up the statues of the four gods at the end of the cave, as it does twice a year. However, if you don't happen to witness this event, you'll still take in some remarkable sights during your visit.

Egypt isn't just a great place to visit for its ancient sites though, as you can also enjoy a luxurious beach break here. As the country always boasts good weather, you can come at any time of the year.

This stretch of coastline is incredibly popular among scuba divers and animal enthusiasts as the sea boasts a lot of exotic marine life. If you snorkel or dive here, you can come across dolphins, angel fish, parrot fish, butterfly fish and Napoleon wrasse.

Sharm El Sheikh is one of the most popular resorts in Egypt and there are a lot of hotels you can choose to stay here. If you're looking for alternative accommodation, however, you could opt for a cruise holiday, as this will enable you to explore a number of destinations during your trip as well. One liner that offers tours to Egypt is Princess Cruises, enabling you to enjoy the country's beautiful coastline, as well as visit its fascinating historic sites.

Holiday ideas in Fiji: tips on Cruising the Yasawa Island in Fiji | Travelbite.co.uk