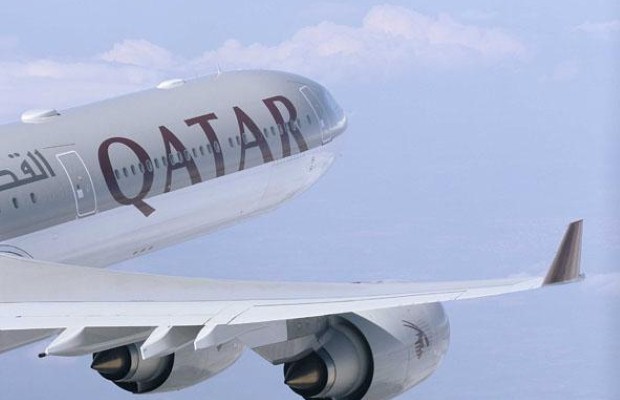 Qatar Airways has been voted the world's best airline

It won the prize ahead of 2008 recipient Singapore Airlines, which was in second place, while Asiana Airlines, Cathay Pacific and Thai Airways completed the top five.

The awards were based on votes cast by more than 18.8 million air passengers of 100 different nationalities.

Qatar Airways’ chief executive officer, Akbar Al Baker, collected the accolade at the 2011 Paris Air Show and said he was “immensely proud” of the company’s success.

“To be considered as the top airline in the world is a huge achievement and a very rewarding moment in Qatar Airways’ history.”

Turkish Airlines was voted the best airline in Europe in this year’s awards programme, while easyJet was named the continent’s leading low-cost carrier.

British Airways picked up the prize for the best business class lounge for its facility at London Heathrow’s Terminal 5 and Emirates was recognised for its inflight entertainment offering.

Etihad Airways was named the world's leading airline for the second consecutive year at the grand final of the 2010 World Travel Awards, which was held at the Grosvenor House hotel in London at the weekend.

Skytrax, the independent airline quality organization has name oneworld as the World's Best Airline Alliance, in an award scheme based on an independent passenger survey of airline standards.

Qatar Airways has announced plans to launch scheduled flights to Australia and further expand its operations in India and Europe with new routes from the start of the Northern Winter 2009 schedules.

New scheduled flights from Doha to the southern Indian state of Kerala will be available from June, Qatar Airways has announced.

Places to visit on a classical tour of Istanbul

Baga beach in North Goa: One of the most popular beach resorts