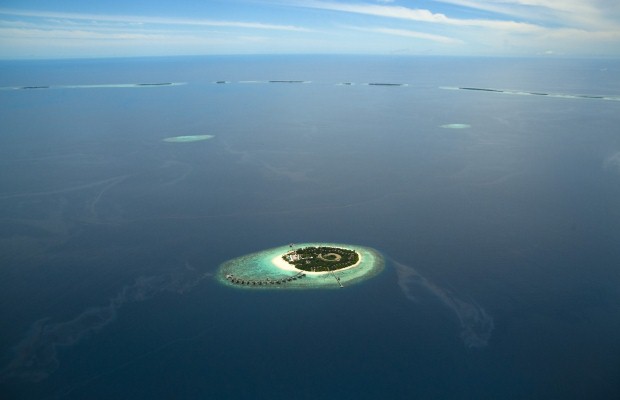 A new airport has opened in the relatively undiscovered Gaafu Alifu Atoll, in the extreme south of the Maldives, in time for the 40th anniversary of tourism to the tropical island nation.

Kooddoo Airport's position in the Gaafu Alifu Atoll should make travel to one of the most remote corners of the Indian Ocean easier; opening up access the southern atolls. Domestic carrier Maldivian will fly direct from Malé to Kooddoo Airport in just 45 minutes and flights will operate twice daily.

Park Hyatt Maldives Hadahaa, which was previously an hour’s flight and an hour’s speedboat ride from Malé, will be one of the very first hotels to benefit from the new airport. The resort is located a short speedboat transfer from Kooddoo and is therefore now accessible from Malé in just over an hour, cutting overall journey times by nearly half.

Although the ever-increasing number of resorts in the Maldives are still set mainly on the northern atolls, the extreme south is reminiscent of the archipelago some fifty years ago and subsequently has some of the most dramatic and unexplored reefs in the world.

LVMH to open new luxury Maison in the Maldives in 2013

LVMH (Louis Vuitton Moët Hennessy) Hotel Management has unveiled its second Maison – Cheval Blanc Randheli, due to open in the Maldives in 2013.

Celebrate in the Maldives

Those wanting to head to a holiday hotspot for 2012, should choose the Maldives – as its celebrating 40 years of tourism this year!

Guests can this week fly from Manchester to the Maldives, staying for seven nights on a half board basis at the four star Paradise Island resort.

This week <a href="http:/ www.itcclassics.co.uk" target="_blank">ITC Classics</a> is offering the chance to stay at the luxury W Maldives resort – with a saving of over Ã‚Â£1,037 per couple.

Hotel to reopen on Easter Island