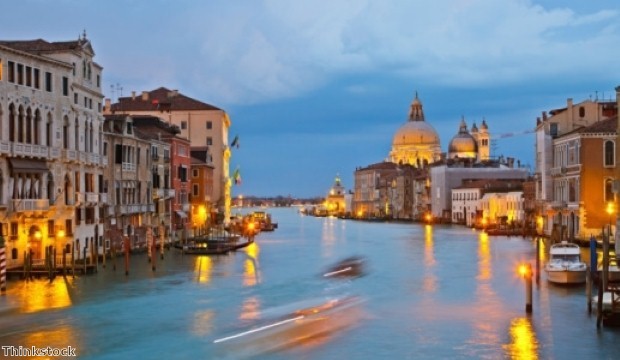 Europe is a melting pot of different cultures, traditions and landscapes and boasts some of the world’s most famous landmarks – from the Eiffel Tower in Paris to the ancient Colosseum in Rome. Packed into a relatively compact geographical area, Europe’s rich diversity is bound to astound travellers.

Andorra is a tiny country nestled between France and Spain in the heart of the Pyrenees and a popular European ski holiday destination.

Austria's mountain ranges are some of the best in the world for skiing, and are also popular among hikers and mountaineers.

Beautiful canals and cultural richness make Belgium a popular destination for tourists and, of course, Eurocrats heading to Brussels.

The tiny Balkan Peninsular nation of Bosnia and Hercegovina is almost landlocked, apart from 16 miles of Adriatic coastline.

Bulgaria continues to grow in popularity as a tourist destination, especially for travellers from western Europe who find the exchange rate makes Bulgaria quite a bargain.

Croatia is considered by many to be one of the most beautiful parts of Europe, with its long Adriatic coastline and authentic Medieval and Mediterranean towns to enjoy.

Cyprus offers a huge range of opportunities to tourists, from expansive game reserves to stunning beaches and spectacular mountain ranges.

The Czech Republic is described as the crossroads of European cultures.

Perched on top of the northern edge of mainland Europe, Denmark is the perfect destination for anyone in search of a fun, yet blissfully relaxing, holiday.

Like many of the Baltic states, Estonia is enjoying flux and change as it modernises whilst preserving its keen sense of history.

The natural, tranquil beauty of Finland's extensive forests and lakelands combined with culturally and architecturally-stunning cities such as Helsinki, make Finland a great choice for a holiday.

Given the countless delights that await those who enter its welcoming borders, it's no wonder that France easily attracts the largest number of tourists in the world each year.

Germany is home to striking architecture, rolling hills and lush landscapes, as well as offering a wealth of events and carnivals, such as the Oktoberfest and the Love Parade.

Native Gibraltarians are friendly and proud of their identity, and the small yet nicely formed peninsula next to Spain makes for a relaxed destination.

Greece offers an abundance of experiences and its depth of ancient history is astounding.

Hungary is an alluring mix of Magyar tradition and modern European values.

Iceland is covered by stunning glaciers, making it an ethereal place to visit.

Ireland is a popular destination for those up for a 'craicing' good time.

Italy offers a lifetime's worth of unparalleled experiences, from culinary to cultural, both within its major cities and in the countryside, which would be utterly unattainable anywhere else in the world.

This Baltic state has experienced a resurgence of prosperity and tourism since joining the EU in 2004.

With its array of eye-catching castles, forest-fringed lakes and grand Baroque churches, Lithuania is a magical place to visit.

Luxembourg manages to cram in a massive amount of verdant landscapes, webs of rivers and small hamlets – that seem like they have been untouched by time – into its small geographic area.

The name Macedonia evokes the image of a great, ancient civilisation, yet it is similarly almost brand new, staking its place in Europe following the break-up of Yugoslavia in the early 1990s.

The baroque majesty of Malta is home to some of the oldest human structures in the world.

Monaco is a hideaway for the rich, the famous, the formula one-crazed and the tax-shy, the tiny principality is a decadent assault on the wallet.

One of Europe's newest countries, Montenegro is now welcoming tourists to enjoy its cultural heritage, architecture and unspoilt wilderness areas.

The famously flat Netherlands are best explored by bicycle, and its capital Amsterdam is a popular destination for fun-seekers and sightseers.

The varied landscapes of Norway offer something different to much of Europe, with its frozen tundras, forests, beaches, fjords and exceedingly long summer days.

Poland is a beguiling mixture of sandy beaches on the northern Baltic coast, the rocky, snow-capped crags in the south and historic, gothic architecture in its major cities.

Portugal's former stature as one of the most prosperous, innovative nations in the world, at the forefront of the exciting era of trade and exploration, has instilled it with a national pride distinctive from its neighbours.

The medieval majesty of Romania is often overlooked as a tourist destination, but its mountainous ranges offer some great skiing and hiking.

The largest country in the World, Russia boasts an incredible diversity of landscapes, architecture, wildlife and climates.

Slovakia is in the Euro zone but still represents excellent value for money on holiday and the capital of Bratislava is becoming a popular alternative Euro city break destination.

Once part of former Yugoslavia, Slovenia's popularity as a holiday destination has been growing steadily since its independence in 1991.

Spain offers a stunning mixture of both hedonism and history.

Sweden, the largest of the Nordic states, is a vast, beautiful country full of contrasts.

One of the cleanest and most placid countries in the world, Switzerland is home to some of the globe's best ski resorts, a nearly flawless transport system and beautiful, Gothic cities.

Turkey is a melting pot of cultures, where Europe and Asia meet and entwine.

Friendly people, rugged landscape, the Black Sea, the Sea of Azov and the Carpathian and Crimean mountain ranges are just some of the reasons for the Ukraine's burgeoning tourism industry.

The ultimate art tour of Paris

Golf holidays: Getaways to suit you to a tee – travelbite.co.uk

A guide to California's wine region