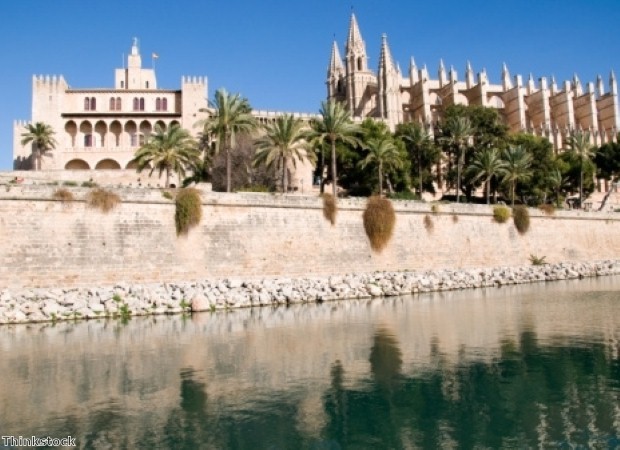 Majorca has a reputation as being something of a party island, where countless British holidaymakers flock every year to sunbathe by day and dance by night. However, it also has much to offer those after more cultural pursuits.

Indeed, the island is home to a wealth of historical attractions, much of which is situated within beautiful countryside. This makes it something of a dream destination for those who like outdoor pursuits and discovering more about the destination they are visiting.

Read on for a guide to some of the most interesting relics on the Balearic island.

These hilltop ruins are located on the route of a popular walking trail, so make for the perfect stop-off point if you fancy getting out and away from the hustle and as you enjoy the sun. The walk takes just a couple of hours if you embark from the town of Alaro and will lead you though olive groves and rich countryside.

Although the castle here dates back to the 15th century, there have been fortifications on the site since the Moorish period. It is hard to tell where the rocks end and the grey stone walls begin, so you'll have no problem seeing why this castle was such an important part of the island's defensive structure.

As well as looking around the fort, which still boasts five towers, take a look at the view. The vista here is absolutely stunning and includes much of Palma as well as the deep blue of the water in the distance.

So many countries in Europe are home to relics of the Roman Empire, such was the reach of this super power's grasp. Majorca is no different and, by visiting Pollentia, you can see a series of ruins left over from this time.

The site has the same name as the ancient Italian city, but it is located in modern-day Alcudia. Here you will find a forum and a small residential area that once consisted of numerous stone houses. There is also a theatre, while to the north of the town is a bull ring – although this is a 19th century structure, rather than being Roman.

Although today Alcudia is famous for its abundance of great restaurants, as well as its proximity to the S'Albufera National Park, it was once the most important Roman settlement on the island.

If you have decided to book bargain holiday accommodation in Majorca close to the island capital of Palma, make time to check out the Arab baths. This is a unique site that provides a glimpse into the city's Moorish past.

These ancient ruins – known as the Banys Arabs – can be found within the medieval quarter of the city. You are led through a beautiful green oasis-like garden into a peaceful bathhouse that feels far removed from the hustle and bustle of Palma.

Inside the main room you will find plenty of sunlight due to the easterly opening, while the large main dome is held up by 12 columns. This is a great example of Byzantine architecture, so it's worth spending time looking around it all.

These are just three of the historical sites you can visit in Majorca, but there are many more to choose from. Wherever you stay, you're sure to find somewhere of cultural interest nearby.

What to pack for a hiking adventure in the Lake District