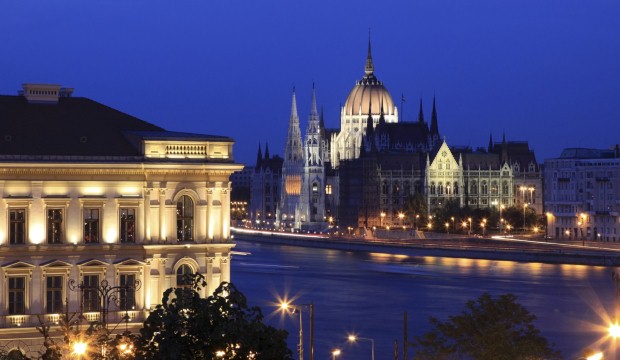 Budapest is a dazzling city. Centred around the Danube River, the Hungarian capital has a great deal to offer holidaymakers with its beautiful range of architecture, interesting past and abundance of restaurants and bars.

Despite being told that English wasn’t widely spoken there, I was surprised to find that 90 per cent of those I came across had a very good grasp of the language.

Although Hungary is in the EU, it doesn’t have the Euro, which has its advantages because it’s quite a bit cheaper than most western European countries.

Arrive
Budapest’s international airport is quite small, which makes getting in and out a quick process. It’s just 10 miles from the centre of town and there are a range of options to get there, including train, bus and the airport minibus service. I chose to buy a 72-hour Budapest Card for €25 at the tourist information desk. It gives you discounts at some of the city’s sights and restaurants and allows you to use the city’s public transport for free. It also includes a bus from the airport to the nearest metro station.

You can get trains to Budapest from most countries in central and Eastern Europe, which arrive at Keleti station in the city centre. I got a train from this station to Bratislava, the nearby capital of Slovakia. 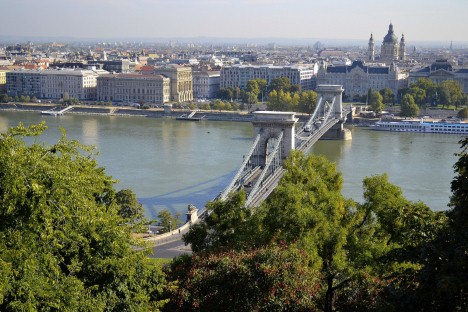 The view of Pest from Buda Castle (photo: Charlene Mitchell)

Explore
It’s very easy to get about in Budapest as there are many trams and buses as well as three metro lines, one of which connects both parts of the capital – the old Buda side to the west of the river and the new Pest side on the east. Most of the hotels, restaurants and bars are in Pest, but Buda is the more affluent side and it’s also very hilly.

It’s not a huge city so most of the main sights are all within easy walking distance of each other.

There are four tourist information offices in the city as well as the one at the airport where you can buy the Budapest card. Although it took the hassle out of using public transport, I don’t really think the card is worth €25 as there aren’t many restaurants on it, however, it does offer discount to a lot of museums and tours. It also includes free walking tours of Buda and Pest. I went on the Pest one but it wasn’t that good as you don’t get taken to that many of the main sights.

See the sights
The best thing about Budapest’s sights, for me, was the architecture. So many of the buildings are stunning and very unique to anything I have seen before.

The huge Parliament building, which is set next to the river, is covered in spires and looks very gothic. The bridges over the Danube are grand and very pretty when lit up at night. It’s nice to take a stroll along the river from the Liberty Bridge up to the Chain Bridge. 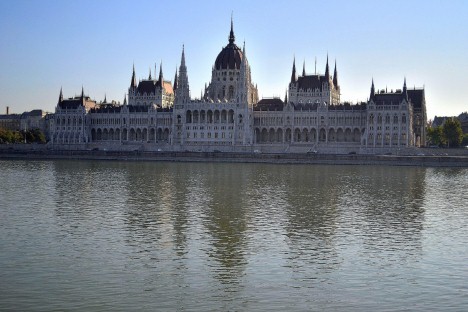 The capital is also home to the Dohany Street Synagogue – the second largest in the world – but it is about €8 to go inside, which I thought was a little steep.

One of the most beautiful buildings is St Stephen’s Basilica, on the Pest side. It’s free to go inside but you do have to pay to go to the top. In front of the church is a lovely square, which was full of craft stalls when I was there. 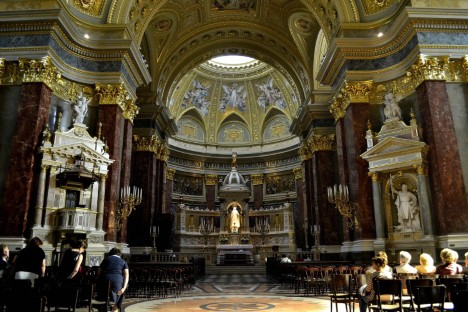 At the end of the elegant boulevard Andrássy Avenue is Heroes’ Square and Szechenyi Spa – one of the biggest and well-known in the city. This area is definitely worth a visit.

Buda is home to Gellert Spa, the other famous one in the city. It has two pools in its main hall and a gallery and also a big pool with a wave machine and a heated pool outside with a sauna. The only downside about this place was a few of the staff there were very rude.

Also in Buda is the castle set on a hill. There are beautiful views of the river and Pest from here, as well as Matthias Church, museums and other sites. You can walk up to the castle, get a bus or go up the funicular. Its old buildings and cobbled streets make it a lovely area to walk around.

As well as the views from the castle you can also see the city from slightly higher up on Gellert Hill, which is home to the Citadel.

Budapest’s other gorgeous buildings include the Hungarian State Opera House and Gresham Palace, which is home to the posh New York Café. 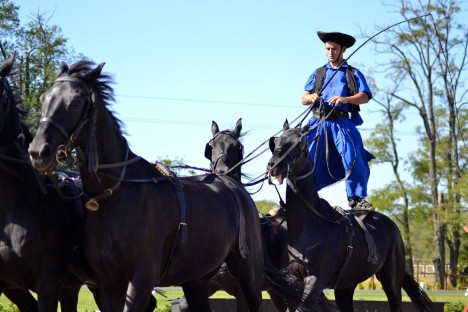 About an hour outside of the capital there is an equestrian park when you can see a Horse Show and Puszta Tour run by LocalGuiding.com. The tour includes transport there, a short horse carriage ride, a spectacular show put on by Hungarian "cowboys" on horseback and then a delicious three-course meal with wine. One of the best parts about the tour was actually the guide. He was so enthusiastic and knowledgeable that he really made the trip what it was.

Eating and drinking
The food is by far one of the best things about Budapest. The first meal I had was at a restaurant recommended to me called Fatal. The main draw here is the portions of food, a few of which are on display outside. They are huge and mainly meat based.

In Hungary they are very big on paprika, goose, goulash, cabbage and most meats. They also have their own brandy called Palinka with different fruit flavours, but it was too strong for my taste buds. However, Tokaji, the Hungarian wine, was lovely.

There definitely isn’t a shortage of places to eat and drink in the capital and there are many boats with restaurants and bars on the river. I went to Columbus, which also has a jazz club. There are great views of Buda from here and the food was not bad either.

The only problem I did have was paying with card at restaurants as a lot didn’t accept them.

Find out why Amsterdam is the Venice of the North

Costa Rica and Ecuador are both fantastic destinations for family activity holidays – travelbite.co.uk