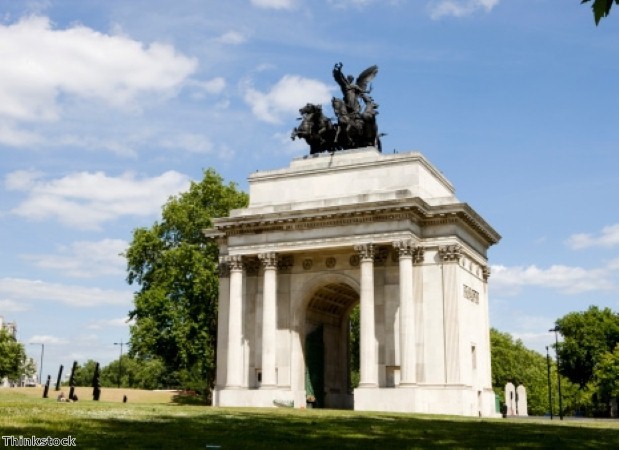 When visiting London, it's easy to get caught up in the throng of the streets and the most famous attractions. If you're planning a getaway during which you'd like to dig a little deeper under the skin of the city, you might like to visit Hyde Park.

Regarded as one of the finest historical landscapes in the capital, a trip to Hyde Park offers more than just an oasis of calm in the midst of the bustling metropolis. Indeed, it provides a unique slice of the city's culture, history and heritage.

But before you start planning the details of your visit, you'll need to look through the various hotels in London to find the one best suited to your break.

If you concentrate your search on hotels in the West End, you should be able to pick something that's conveniently close to the park, as well as some of the capital's other key attractions.

The Thistle Marble Arch is just one of the many excellent establishments you'll be able to choose from.

Once you've booked your accommodation, you can decide what you'd most like to see and do when visiting the fascinating and beautiful Hyde Park.

One of London's royal parks, it was acquired by Henry VIII in 1536 and used primarily as a hunting ground for the monarch.

Since this time, the site has undergone various transformations – the evidence of which can still be seen today. Many of these occurred back in the 18th century at the hand of Queen Caroline, who formed Kensington Gardens – a split that was formalised in the following century.

She also introduced the man-made lake Serpentine – one of the park's most famous attractions.

Visiting today, there is a wealth of things you can see and do simply by walking around this beautiful site.

For example, there are a number of fine cultural and historical monuments dedicated to key events in the city's past. Among those you may like to visit is the Diana Memorial Fountain – a tribute to the late Princess of Wales.

This is not the only commemorative work the park is home to. In 2009, the 7 July Memorial was unveiled, dedicated to those who lost their lives in the London bombings in 2005.

Visitors eager to take in older historical sites can head to Speaker's Corner. Since 1872, people standing on this spot have legally had the right to speak freely and publicly about anything they please – as long as offensive language is not used.

And if you're eager to watch some heritage in action, you might want to time your visit to coincide with a royal gun salute. These historic rituals are carried out on special imperial occasions, such as the Queen's birthday and Coronation Day.

Meanwhile, there are plenty of activities to get involved with during your time here. For example, you can hire pedal and rowing boats in which to cruise up and down the Serpentine – lots of fun for people of all ages!

Alternatively, you could opt to simply sit and admire the scenery. While you can do so by curling up on a quiet patch of grass under one of the park's 4,000 trees, you could head to an onsite cafe to get a drink and something to eat – the perfect way to watch the world go by.

Go on a stunning safari in Nepal