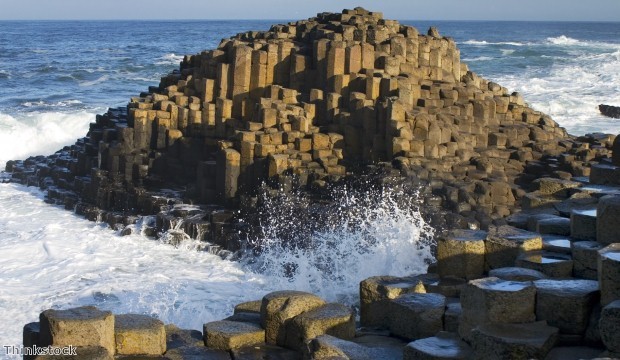 Belfast, the capital of Northern Ireland, is slowly but surely shaking off the shackles of its troubled past and emerging as a thriving, cosmopolitan capital with great attractions, nightlife and restaurants.

Though marred by persistent violence and political unrest in the 1970’s and 1980’s, Belfast is quickly redeveloping itself and becoming a tourist hotspot.

This year marks ‘The Gathering Ireland 2013’, a 365 day celebration of all things Irish. With so many people around the world boasting Irish descent, the country – known for its great ‘craic’, beautiful landscapes and friendly people – is celebrating its heritage in a marvellous fashion with festivals, events and parties taking place throughout the year.

Are you a keen photographer? Regent Holidays is offering an eight-day tour that has been specially designed to enhance photography skills against a backdrop of some of the most photogenic scenery imaginable.

Titanic Belfast has become the first visitor attraction in Northern Ireland to be rated as a five-star experience, Tourism Minister Arlene Foster has announced.

It’s been well-documented that the ‘Solar Maximum’ – the summit of the sun’s 11-year cycle of activity, which translates into the best and most frequent Northern Lights – is about to occur.

Northern Ireland has a tumultuous past, but it is revitalising itself as a tourist destination.

Northern Ireland has historic sites dating back to the Stone Age – Fermanagh and Tyrone being especially rich in Stone Age archaeology – as well as countless fortified castles from the Norman period.

Carrickfergus Castle, the most formidable stronghold, was enlarged several times and saw many a battle and siege during the Norman invasions in the 12th century. Due to the constant invasion, many cities were fortified and Derry (Londonderry) is the only remaining walled city in Ireland. The city also houses Europe’s largest collection of cannons!

The Giant’s Causeway is Northern Ireland’s most famous natural wonder and national trust property. A UNESCO world heritage site, visitors can learn about Finn Mccool and the Giants Causeway and see polygonal columns of layered basalt – the result of a volcanic eruption 60 million years ago. Holidaymakers can also enjoy the scenery on a trip along the 80-mile Giant’s Causeway coastal walk, which begins in southeast Belfast and ends in the walled city in County Londonderry; featuring many parks, picturesque fishing villages and secluded beaches along the way.

Step back in time by exploring Mallorca's historic landmarks

See the ancient Lascaux Caves with a holiday in the Dordogne – travelbite.co.uk