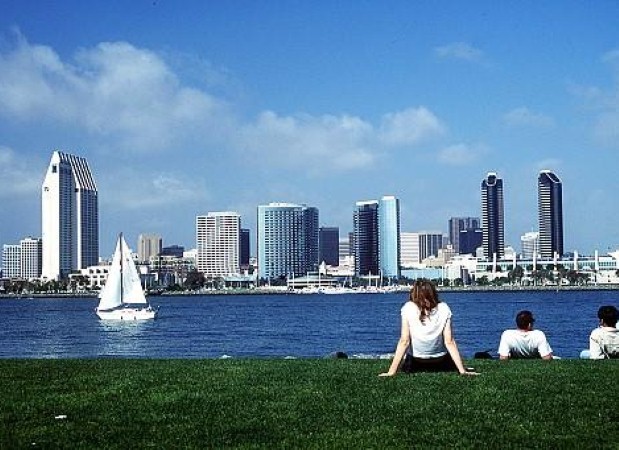 San Diego is a stunning city to explore

San Diego is one of the highlights of the state of California, and with good reason. The city and the wider region boast an array of things to see and do, helped by the fact that its typical highest daily temperature doesn't fall below 18 degrees C.

With such a pleasant climate all year round, there's never a bad time to holiday in this corner of California. If the city sounds like somewhere you'd like to visit, below are five of the best things to see and do on a tailor-made holiday to the USA west coast.

San Diego is a haven for sailing and sunbathing enthusiasts, thanks to the brilliant yachting conditions and 70 miles of coastline. This also makes it a fantastic place to go whale watching.

More than 20,000 grey whales travel 10,000 miles during December to April from Alaska to Baja California. Once here, the females give birth and spend several months basking in the warm waters of the US state, before heading back to Alaska in the spring. San Diego lies on the migration path, so make sure you book a whale-watching tour during your holiday.

Young and old alike can't fail to be entertained at San Diego Zoo Safari Park. Located 30 miles north of downtown San Diego, this attraction boasts the likes of giraffes, gorillas, lions and the California condor within its 1,800 acres.

As well as seeing these creatures up close, you can also pull on your hiking boots and follow one of the walking trails across the stunning landscape. There are plenty of other things to enjoy at the zoo, including watching a cheetah run at full speed and going on a tram safari.

Whether you want to ride the waves on a surfboard or lie back on the sand with a good book, San Diego's many beaches mean you will easily find the perfect spot to relax in. La Jolla is a fantastic corner of California to soak up the sun and is often referred to as The Jewel of San Diego.

Everything from golden beaches to rocky reefs can be found here, with La Jolla Shores being a particularly popular spot. This mile-long beach is fantastic for scuba diving, kayaking and swimming. Other regions that boast brilliant beaches include North County Coastal, South Bay and Mission Bay.

California is famous for its wine, and North County in San Diego has some of the best vineyards in the country. From small family-run places to larger wineries, you are spoilt for choice when it comes to which ones to visit.

Some of the most popular options include Fallbrook Winery in Falbrook, Bernardo Winery in Rancho Bernardo and Orfilia Winery in the San Pasquak Valley.

Coronado is an island that you can reach from the city by travelling along the 2.2-mile San Diego-Coronado Bridge. It has a spectacular large sandy beach that rarely gets crowded, along with some of the most exclusive hotels, restaurants and boutiques in San Diego.

If you are a classic film enthusiast, you might recognise the Hotel Del Coronado. This wooden Victorian hotel with red turrets featured in Some Like It Hot, which starred Marilyn Monroe. For a holiday treat, book a table at 1500 Ocean, its fine dining restaurant.

Bali: a great destination for a volunteer break