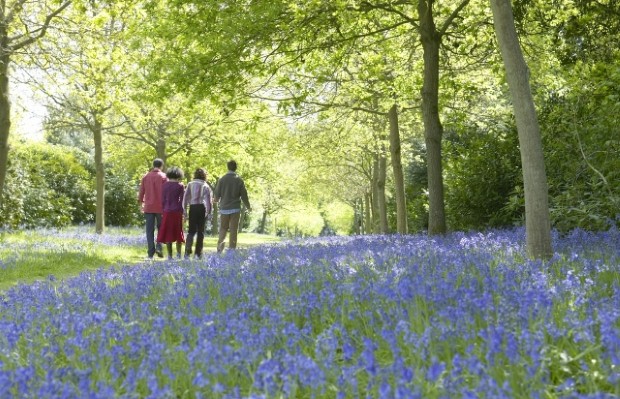 Do you have a 'special place'?

The National Trust has teamed up with celebrities from the world of sport, film and TV to celebrate the importance of ‘special places’ in people’s lives.

Actor Jude Law, chefs The Fabulous Baker Brothers, model David Gandy and England rugby ace Austin Healey are among those who have shared photographs of the places that mean the most to them as part of the nationwide initiative by the National Trust.

The campaign follows research undertaken by the charity which found that 84 per cent of Brits have a favourite place they go to which positively affects their wellbeing and happiness.

According to the National Trust study, four out of five people (81 per cent) said visiting their favourite place had a bigger impact on their wellbeing than shopping or going to the cinema.

Nearly a third of those surveyed (31 per cent) said their favourite place was where they grew up, while 30 per cent chose a recent holiday spot and one in four (25 per cent) the location of a childhood family outing.

87 per cent said their special place made them happy just thinking about it, with three quarters of those surveyed (75 per cent) revealing the place they love the most reminded them of their family.

Photographs by the celebrities are being showcased on a new app created by the National Trust to encourage people to share their favourite place and why it means so much to them. The app will also feature places that are important to National Trust staff and volunteers and members of the public.

David Gandy comments, “I wanted to share my favourite photograph of Melford Hall as I have such fond and affectionate memories here, from visiting the beautiful grounds and rooms on school trips with all my school friends to family outings.  Lots of people have special places that evoke happy memories so I think it’s great that the National Trust is encouraging people to share their love and give these places the importance they deserve.”

The National Trust is now galvanising the nation to discover or revisit their special place and share it with others this bank holiday, wherever it may be.

To explore the National Trust places and find or discover new special places log onto www.nationaltrust.org.uk. The nation can also register their special place and tell everyone why they love it at www.facebook.com/nationaltrust and #specialplaces.

The Foreign & Commonwealth Office (FCO) has launched a road safety campaign to help British nationals drive safely abroad and stay on the right side of foreign road laws this Easter.

The National Trust has launched a campaign encouraging Britons to make the most of the outdoors and get closer to nature.

The National Trust has joined a number of organisations in a campaign urging the government to guarantee protection for the UK's coast and seascapes.

Celebrate the start of spring in the UK's best gardens

Today, March 20th, marks the first official day of spring (hooray!) and there's no better way to celebrate the beginning of Mother Nature's most colourful season than by taking a stroll through some of the UK's best gardens. From vibrant azaleas to canary-yellow daffodils, here's our pick of the best spring gardens in the UK:

Visit the Venetian islands on a boating trip to Italy

Skiing, snowboarding and you!