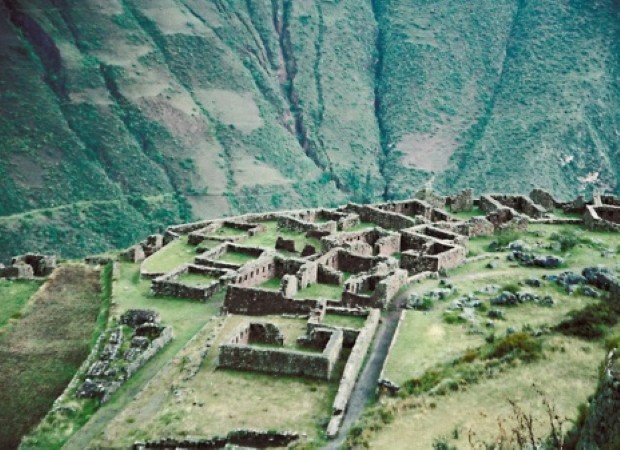 There are lots of ruins on the Inca Trail

The Inca Trail is one of those iconic treks that is frequently cited as being among the best in the world. Certainly, thousands of travellers each year head into the Andes to follow in the footsteps of this old civilisation, so what makes it so special?

As you might have guessed, there are several things that combine to make the Inca Trail truly memorable, but it is the ultimate goal of Machu Picchu that undoubtedly spurs so many travellers on.

Here are just a few of the reasons why it's worth booking an Inca Trail hike with a company like Walks Worldwide when you visit Peru.

This is definitely the world's most famous Inca site, and it's not hard to see why once you reach this amazing city carved into the mountains. It is one of the few enclaves that was not discovered – and subsequently destroyed – by the Spanish conquistadors, and it was only in 1912 that explorer Hiram Bingham made the location known to the rest of the globe.

The ruins at Machu Picchu are staggering – and not just because of their size. They are also perfectly aligned and in-sync with the natural landscapes around them, making the entire city a breathtaking feat of engineering and design.

As you probably already know, Machu Picchu is where the Inca Trail ends, so you have a spectacular scene awaiting you after four days of hiking.

What some people are unaware of, however, is that Machu Picchu is far from the only ruin on the Inca Trail, as there are many more towns, forts and farming terraces to be seen as you walk.

Among the most impressive is Sayacmarca, a fortified town located on the end of a promontory that juts out over the valley below. This settlement can only be accessed by a narrow set of steps, so you'll need a head for heights if you want to explore the remains of the houses, temple and other buildings here.

Patallacta, Rucuracay and Winay Wayna are a few of the other Inca sites you will pass as you follow the Inca Trail.

The Inca Trail can be strenuous in places, particularly when you're crossing Dead Woman's Pass, which at 4,200 m is the highest point of your trek. Aside from the up and downhill nature of the track, the other reason why this can be challenging is due to the altitude.

It is strongly recommended that you spend a few days in nearby Cusco to acclimatise to the thinner air, while walking at a steady pace and ensuring you are properly hydrated are two other ways you can help prevent altitude sickness.

Any difficult sections along the route, however, are more than made up for by the amazing spectacle that awaits when you reach the Sun Gate and get your first glimpse of Machu Picchu.

While this could be said of many amazing hiking routes, it is particularly applicable to the Inca Trail. There is nowhere else in the world that provides walkers with the chance to get such a fantastic insight into the Inca culture.

From spending a few days in Cusco to tackling the Inca Trail itself, you'll find remnants of this fascinating society at almost every turn. While, of course, no two places are ever the same, the Inca Trail really does have some standout features that make it much more than just a hike in the mountains.

It's easy to get to Jersey – travelbite.co.uk