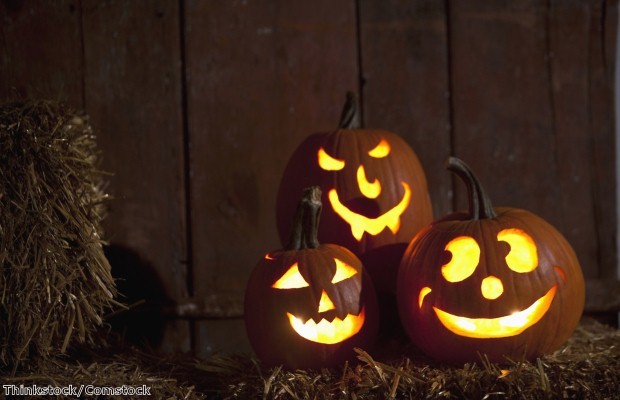 Prepare to scare this Halloween…

It’s that time of year again! Fish out your scariest outfit and prepare to be entertained (and in most cases petrified!) at these Halloween celebrations and events around the world:

New York
New York is undoubtedly the Queen of Halloween. Named as The Greatest Event on Earth by Festivals International for October 31st, The Halloween Parade in New York is the place to be and be seen on Halloween. Every year, more than 50,000 New Yorkers parade up Sixth Avenue decked out in Halloween finery (you have to be wearing a costume) whilst being entertained by more than 50 bands representing music from around the world. Revellers should arrive between 6.30pm and 8.30pm to participate.

Paris
Terrorific Night at Walt Disney Studios Park is back this Halloween for twice as many thrills and chills! Lurking in the shadows of the park, unusual worlds emerge where dreadful creatures, and gruesome characters rule the roost, determined to give you a hellish fright. In case you’re wondering whether you’ll find solace in the usual attractions, forget it – this is a night when nothing will seem familiar. Some of the attractions even have their own spooky surprises in store to make your hair stand on end…

Virginia
Did you know that Virginia has more listings on the US National Register of Haunted Places than any other state in the US? Virginia boasts a spine tingling array of haunted houses, theatres and hotels which are best experienced through ghost tours in Virginia’s historic towns and cities including Williamsburg, Richmond and Charlottesville. Discover two of America’s most haunted properties, Peyton Randolph House and George Wythe House, on the Spooks and Legends Haunted Tour in Williamsburg. A fully costumed tour guide will take you on a tour around the haunted town, regaling terrifying tales along the way. If you hear strange noises, don’t worry…it’s perfectly normal…

Amsterdam
Amsterdam’s eclectic Halloween Festival (October 26th-31st) offers a range of eerie events for all ages. Take part in a sinister all night screening of horror films, attend fiendish fancy dress parties at some of the city’s biggest nightclubs or skate through the city centre in your scariest outfit as part of mass roller skating event. Best of all, most events are free!

Philadelphia
Visit the Eastern State Penitentiary – one of the most famous prisons in the world and once the place that housed America’s most notorious criminals,such as bank robber “Slick Willie” Sutton and Al Capone. Believed to be haunted, Eastern State Penitentiary is one of the most carefully studied buildings in the US, with around 60 paranormal teams visiting a year. If you’re brave enough, visit the prison at night for Terror Behind the Walls. Not for the faint-hearted, the extraordinary theatrical production features Hollywood-style special effects, a team of 14 makeup artists and over 200 performers each evening.

Here’s our top five cinema-themed places to stay for film fans on all budgets:

An estimated 1.8 million British holidaymakers are set to head overseas during the August bank holiday weekend (August 23rd-26th), according to The Travel Association (ABTA).