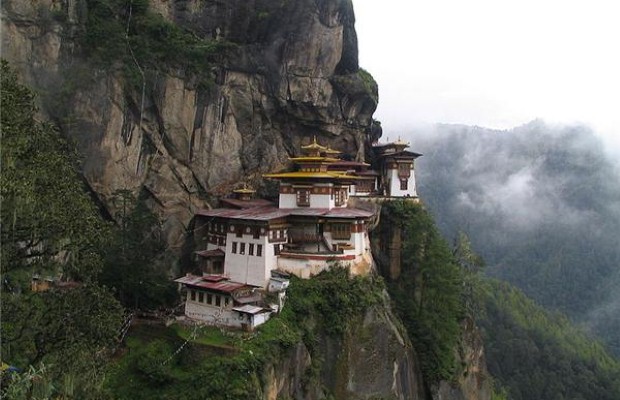 Join Rebecca Stephens on a trek of a lifetime in Bhutan, to a spectacular region only a handful of trekkers are privileged to visit.

Rebecca Stephens is the first British woman to have climbed Mt. Everest and then went on to become the first English-speaking woman in the world to climb the Seven Summits (the highest mountain on each of the seven continents).

She accompanies this special trek through the Jigme Dorje National Park, which stretches from the upper reaches of the Thimphu and Paro valleys across magnificent forests and alpine meadows to soaring peaks that define the borders of Bhutan and southern Tibet.

Unrivalled views of a host of snow-capped peaks include the spectacular 7,314-metre Chomlohari mountain (translated as ‘Mountain of the Goddess’), which is sacred to Tibetan Buddhists and the epicenter of their annual pilgrimage.

The trip will also help raise funds for the Himalayan Trust, which Sir Edmund Hillary created in 1960 inspired by his admiration and respect for the Sherpa people of Nepal. Since its creation, the work of the Trust has aimed to provide basic infrastructure needs for the Sherpa community, resulting in the creation of many schools, hospitals, health centres and new forests in Nepal’s Khumbu region.

The Bhutan Circuit with Rebecca Stephens takes place between April 17th-30th 2009 and costs from Â£2,495, including all accommodation, internal transport, meals, guides and fees.

Places are limited, with more information at World Expeditions.

Travel to the mountain kingdom of Bhutan just got that little easier with the publication of Bhutan – Himalayan Mountain from Odyssey Books and Guides.

After over 10 years of trekking in the Himalayan mountains, Oliver Margry founded his own company as an outlet for his passion for sharing his experience of the Himalayas.

Top 5 things to do on a winter trip to Cornwall

Treat yourself on a break in Venice