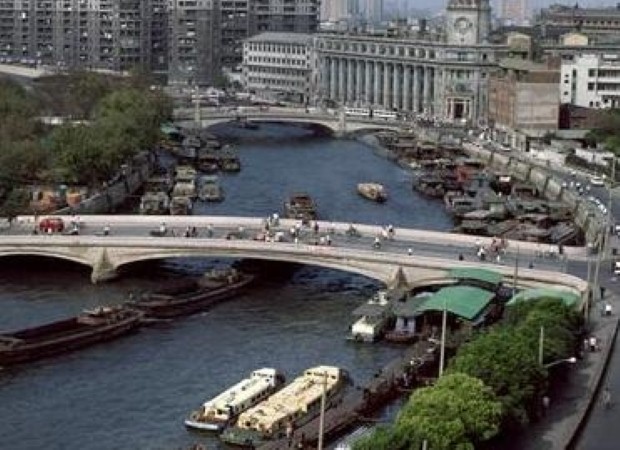 If you're planning a trip to Shanghai, you're probably wondering which are the best attractions to visit during a whistle-stop tour of the Chinese city. Combining historical landmarks with modern, glittering skyscrapers, the settlement is ideal if you're after a culturally diverse experience.

As you fly overhead on cheap flights to Shanghai, you're sure to notice the distinctly different buildings below you – and it's these structures that are such a draw for many visitors to the city. There are a great number of neoclassical and Art Deco buildings to spot, of which most are well-preserved. Chinese and western architecture sit side-by-side here, so you can expect to see traditional shikumen edifices as well as some of the world's tallest towers.

Many of the city's grandest buildings can be found along the Bund, which is located by the bank of the Huangpu River. This stretch of road is one of Shanghai's best-known attractions and is symbolic of the city itself.

The Bund contains a collection of structures from the early 20th century, including the Art Deco Sassoon House and the neoclassical HSBC building. Some of the former foreign concessions along the strip are also well preserved – a particular example being the French Concession – while the Customs House is also a must-see.

Along the embankment you'll also be able to spot the bronze statue of Chen Yi – the first communist mayor of Shanghai – before arriving at Huangpu Park, one of the city's oldest and its smallest green space. Here you can admire the Monument to the People's Heroes – an abstract tower built in concrete to commemorate those who died during revolutionary struggles in the city.

From the smallest park in Shanghai to one of the largest – head next to Yuyuan Garden, which is an ancient green space comprising six areas. Ming and Qing architectural styles are prominent here and there are more than 40 buildings to admire, including temples.

In the middle of the garden is the grand rockery, from which you can view various pavillions, pagodas, bridges and ponds.

Once you've relaxed in the tranquil setting, you might decide to head somewhere at the opposite end of the spectrum – the bustling Nanjing Road. Known as China's number one commercial street, the 5.5 km long stretch of road is a popular landmark full of shops selling everything you could possibly want, from small souvenirs to designer clothing.

The eastern section of the street is ideal if you want to browse typically Chinese products, such as paintings, calligraphy and silk items, while the western side caters for visitors wishing to browse department stores and shopping malls.

From here, you'll be well placed to take in a number of the city's other top attractions such as the Shanghai Museum. Head to People's Square and you're sure to catch sight of the beautiful building in which the museum is housed. Take a tour and you'll see ancient art, sculptures, calligraphy, ethnic crafts, antique furniture and jades.

The latter has always had strong significance in Chinese culture and there's nowhere better to see this firsthand in Shanghai than by paying a visit to the Jade Buddha Temple. This holy shrine is one of the city's most famous Buddhist temples and houses two white jade Buddhas. One is seated and the other can be seen in the enlightened position of Sakyamuni.

Call in next at the district of Xin Tian Di, where you enjoy a cultural wander past the traditional shikumen buildings, which are essentially townhouses first built in the city during the 1860s that combine both western and Chinese elements.

In recent years, the area has experienced a period of renovation that has seen it emerge as a trendy hotspot where you can now find a wealth of cafes, restaurants, bars and clubs. The south section of the district has a modern atmosphere and plenty of leisure and entertainment opportunities, while the north retains many of its antique buildings in addition to upscale stores and eateries.

Before you start thinking about catching your cheap flights home, make some time to admire the modern Oriental Pearl TV Tower – which is characterised by distinctive spheres – as well as the historical Longhua Park, which is famously home to the ancient Longhua Pagoda and Longhua Temple.

There really is so much to see and do in Shanghai; you might find you need to book a return visit to take in all of the city's top attractions!