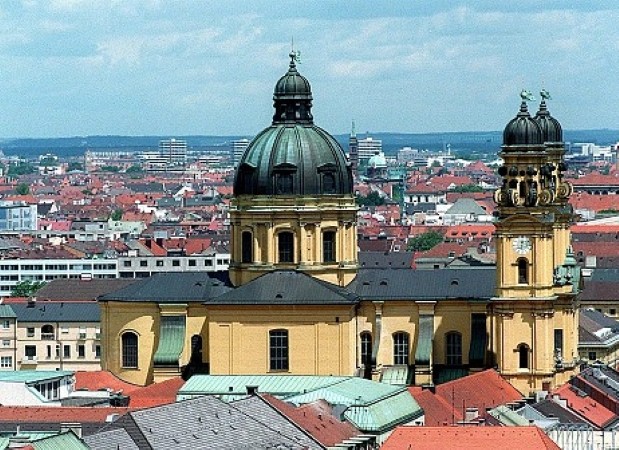 Admire the sights with car hire in Munich

The Bavarian capital of Munich is an ideal place to visit for a history holiday. The German city is renowned for its picturesque old town, which is home to some of the settlement's best-known attractions. If you want to make sure you take in all the important landmarks, consider booking car hire in Munich.

Renting a vehicle is a great way to get around, especially if you're travelling as part of a group or with children. You'll be able to make the most of your time in the city and also travel further afield. For the meantime, concentrate on seeing all that Munich's old town has to offer.

As you make your way to the old town, you'll notice on its outskirts a beautiful old palace. Known as the Residence, this building is the former home of the Bavarian monarchs and today houses a museum of interior decoration. Dating back hundreds of years, the buildings include ten courtyards and pretty gardens, while the museum consists of 130 rooms full of art, tapestries, antique furniture and porcelain.

Once you've finished looking around, head back to your hire car and on to the centre of the old town. Park up, and make you way to the entrance of the settlement, which is easy to spot. The Karlstor is a series of three archways, with the centre one being the tallest. Wander through and you'll be able to take in the beautiful square of Marienplatz, which has been the city's main plaza since the Middle Ages.

The Marienplatz is home to a host of stunning buildings, including both the old and the new town halls. The former is located on the eastern side of the square, while the newer version is to the north. Built in the 1300s, the quaint old town hall has been reconstructed and altered several times, but currently retains its former Gothic style. The new town hall, meanwhile, is a jaw-dropping ornate structure that juts high into the air. Built from 1867 onwards, the Gothic Revival building boasts an intricate facade and tall tower.

As well as its breathtaking appearance, the new town hall is also famous for another reason; it houses a renowned glockenspiel in its tower. The glockenspiel was added to the building in 1908 and consists of two levels of characters and themes from the city's history that come to life when the clock strikes 11:00 local time (plus 12:00 and 17:00 in summer time).The show lasts for around ten minutes and is a must-see on any trip to Munich.

Also in the vicinity is the Cathedral Church of Our Lady – the Archbishopric of Munich-Freising. This lovely old church has a red roof and a late Gothic nave built in the 15th century. Take a look inside and you can witness five centuries' of artworks!

The last stop you might like to make during a tour of the old town is at the renowned beer hall. The Hofbrauhaus is one of Munich's oldest breweries and also houses a restaurant, so you can sample some great local wurst and wash it down with some freshly-brewed beer if you've designated a driver for your hire car. The building has a special atmosphere; take a seat at a table – many of which have stood here since 1897 – underneath the cross vaults and watch a performance from the resident musicians as you enjoy your food and drink.