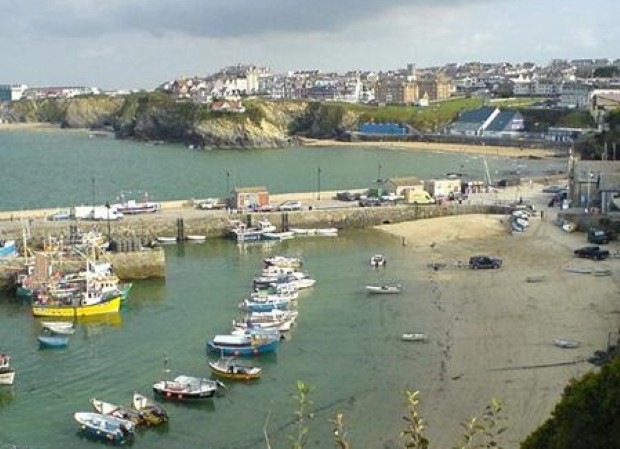 Newquay could be a great option for a stag weekend

You don't need to jet abroad in order to enjoy a top stag weekend. The UK boasts some of the best cities in which to get together with the lads, and you won't waste valuable drinking and activity time waiting around for a flight and airport transfers.

Book a stag do with Maximise and you will have a wide choice of destinations to choose from, not to mention some of the best activities and nightlife around. Whether you're the best man tasked with sorting the boys out, or you want to arrange your own stag do, here are three of the best British locations for a fantastic weekend.

Liverpool is famous for many things – the Mersey, The Beatles, its football teams and top nightlife. It is therefore one of the best cities to head to for a stag weekend. There are so many things to see and do here you might end up booking a longer break than originally planned. If you are into your football, organise a stag do that involves heading to a match at Anfield. You might even want to take a tour of the ground, especially if the stag is a huge fan. Just some of the things you will see include views of the pitch from the best seats in the entire stadium, the press room, dressing room and even the tunnel. Make sure you get a photo of everyone underneath the 'This Is Anfield' sign, which is often caught on camera before the players step on to the pitch ahead of a match. You might even spot a player or two at one of the city's best nightclubs later that evening.

If you want to get stuck into some sport, Liverpool has it all. From riding quad bikes and archery to paintballing and karting, you will find an activity for everyone.

Should you and the lads want to be in with a chance of sun and love to chill out on the beach, book your stag do in Newquay. It is definitely the place to head to if you are fans of the water, with just a handful of the available activities including surfing, deep-sea fishing, coasteering and body boarding. Coasteering has become a particularly popular activity among stags and sees you make your way around Newquay's coast in a variety of ways – scrambling, climbing and swimming are all methods you can adopt.

Surfing is probably the most popular sport here, and it's no surprise when you consider the town boasts some of the best beaches in England. Just a small selection of the ones that are perfect for the sport include Lusty Glaze, which is great for all abilities due to the favourable swell, as well as Watergate Bay, Porth Beach and Tolcarne.

Edinburgh makes for an ideal stag weekend, as you can combine its buzzing nightlife with its nearby countryside. So, spend your days getting stuck into teamwork and your evenings rewarding yourself with some hearty Scottish fare and a local beverage or two. You will have certainly worked up an appetite and thirst after tackling white water rafting, which is a fantastic activity even if your group has never done it before. You will enjoy top-notch tuition and wear full safety gear, so if someone does manage to go over the raft, they won't be in the water for too long!