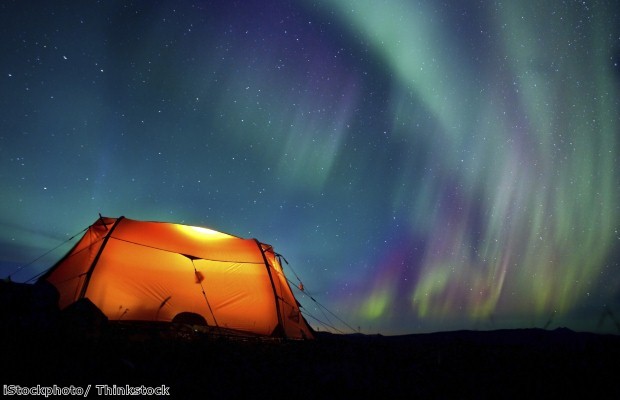 With the start of autumn comes the possibility, once again, of seeing one of the earth’s most spectacular natural phenomenon – the aurora borealis, otherwise known as the Northern Lights.

For centuries it has beguiled and intrigued those that have witnessed this natural light show, from the Romans who believed ‘Aurora’ to be the goddess of the dawn, to the Chinese, who believed it to be fiery breath of fighting dragons. To this day, the magical swirling green light of the aurora borealis never fails to fascinate.

What causes the Northern Lights?
A kaleidoscope of dancing light, the Northern Lights has long since been a mysterious and magical natural event. Visible above the magnetic poles of the northern and southern hemispheres, it is caused by collisions between gaseous particles in the earth's atmosphere with electrically charged particles released from the sun. These particles are drawn towards the earth and concentre into funnels, pulled by the earth’s magnetic field. The variation in colour is due to the type of gas particles that are colliding; the most common being the greenish neon light produced by oxygen molecules located about 60 miles above the earth. 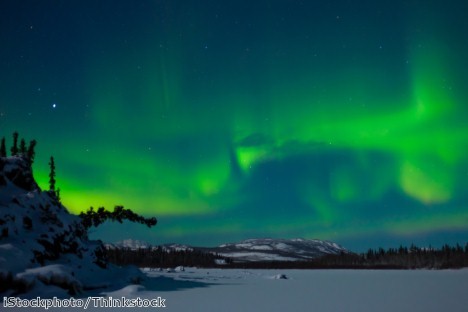 When can I see it?
The aurora borealis can be visible all year round, as long as there are dark, clear conditions, but generally the best time of year is considered to be between September and March. Sightings increase alongside an increase in solar activity and luckily, the coming autumn/winter season is looking like it’s going to be a bumper year for Northern Lights enthusiasts with the Sunspot Cycle reaching its 11-year peak!

Where is the best place to see the Northern Lights?
Your best bet is to head north as the southern aurora australis (the name for the Southern Lights) is rarely seen and usually concentrated in a ring around Antarctica.  In the north some of the best places include: southern Iceland, Abisko in Arctic Sweden, Tromsø in northern Norway, Yukon Territory in Canada, Lapland in Finland and Alaska. If you’re lucky, you’ll even be able to spot the swirling green light in northern Scotland! 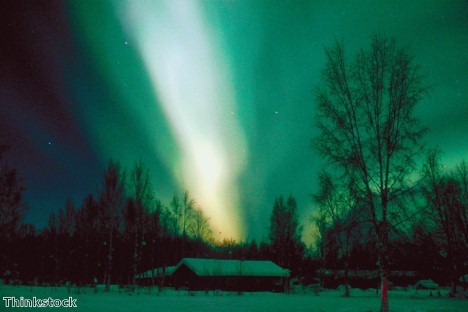 Getting there:
Sweden: Discover the World has just launched its new collection of ICEHOTEL holidays and short breaks to Swedish Lapland for Winter 2012/13 which includes the chance to stay in the ICEHOTEL’s new Northern Lights Suites. Discover the World will, for the sixth year, be offering the UK’s only direct flight from Heathrow to Kiruna from December through to March with the first departure planned on December 15th. For more information visit the Discover the World website.

Norway: Scandinavia specialists Taber Holidays have added two extra charter departures to Norway this winter, making it even easier for people to go in search of the Northern Lights. Available on the ‘Exploring the Lofoten Islands itinerary’, the additional dates are being offered following a successful pilot earlier this year. Featuring direct flights with First Aviation from London Gatwick, to Evenes, prices for the four-night break lead in at just £1527pp. Departs on December 28th 2012 and February 17th and 21st 2013. For more information visit the Taber Holidays website.

Iceland: Photographers should head to Iceland with Tatra Photography, who have several Aurora Borealis Iceland breaks. Known as “The Land of Fire and Ice”, Iceland is a paradise for photographers and during this master class, participants will have the chance to photograph the amazing natural phenomenon of the Aurora Borealis and receive a master class in Aurora techniques from a professional photographer. Based in the Pingvallavatn area of Iceland, Northern Lights seekers will far away from the light pollution of the capital. For more information visit the Tatra Photography website.

The haunting dancing green light of the Aurora Borealis, which lights up the Arctic skies in winter, is a sight that is on many a traveller’s ‘bucket list’. But where – and how – is the best way to see it? We’ve picked out five fantastic ways to witness this incredible natural phenomena for aurora-hunters who like to do things a little differently.

The dancing green light of the aurora borealis – a mysterious and captivating natural phenomenon which occurs in the Arctic skies – has thrilled, intrigued and in some cases scared societies for centuries.

Top locations to take in on a world cruise down under