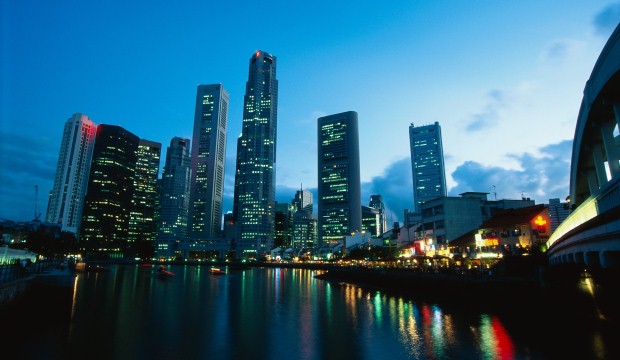 Tourists in Singapore are advised to minimise their exposure to the record-breaking smog that has engulfed the city-state.

Gallery: Gardens by the Bay, Singapore, in pictures

Singapore boasts one of the largest urban gardens in the world – Gardens by the Bay, which opened earlier this year.

One of the biggest urban gardens in the world is set to open today in Singapore.

The renowned World Gourmet Summit returns to Singapore from April 23rd to May 3rd, attracting some of the best chefs from around the globe.

Maroon 5 to headline at the Singapore Grand Prix

Maroon 5 have been announced as the headlining act at this year’s 2012 Formula 1 Singapore Grand Prix.

A cultural, shopping and entertainment hotspot, Singapore is the cool, chic and cosmopolitan centre for a South East Asian city break.

Reinvented as the ‘Garden City State’; you are even able to experience the beautiful greenery of Singapore in bloom as soon as you leave the airport.

Singapore’s outstanding cuisine benefits from the mix of cultures residing in the city; it is also the only place outside Malaysia where you will see Chinese, Malay and Hindu Temples situated all along the same street.

The first thing to do, of course, is take in Singapore’s colonial past with a Singapore Sling at Raffles Hotel in the heart of the Business district. Refreshed and relaxed, you might then want to explore the main shopping strip of Orchard Road which is a couple of minutes from Raffles by MRT and easily rivals London’s Regent Street and New York’s Madison Avenue for designer labels and department stalls.

The Singapore Grand Prix Street Circuit runs through the Business district and this is where you will also find Sun-Tec City: a thriving business and shopping centre built on the Chinese principles of Feng Shui, housing a ‘lucky’ Koi Garden and ‘money-bringing’ fountains.

Around the Bay you will find the Performing Arts Esplanade and Singapore Opera House (fondly called “The Durian” by the local patrons because of its appearance) and you can take a cruise or – if with the family – Duck Tours – a unique bus-boat that takes you on a guided tour around the city on both land and sea.

Taking a short trip across the waters, past Singapore’s figurehead – the Merlion statue – to Sentosa Island brings you to Singapore’s casinos, complete with shopping malls and Universal Studios Theme Park. But don’t miss out on the new museum ArtScience at Marina Bay, as well as the Marina Bay Sands Theatre where you can catch the big West End and Broadway shows such as The Lion King.

If you fancy something a little more ethnic, take a taxi ride to Haw Par Villa, a theme park created by two brothers who wanted to help parents pass on traditional Chinese values. It’s a fascinating – although quite frightening – model village where parents take their children to “…learn how to behave, or fear punishment in the ‘10 Courts of Hell’”.
On a lighter note, you can also dress up in traditional Chinese garments and take photographs in front of an array of Aladdin-style backdrops.

Back in the city, head to Little India, which serves fabulous vegetarian and vegan Indian cuisine, as well as traditional favourites. In Little India, some malls remain open for 24 hours!

Praised in the business world for low corruption and high competition, Singapore’s star is certainly in its ascendance in South East Asia. Whether holidaymaker or investor, it’s definitely worth a visit.