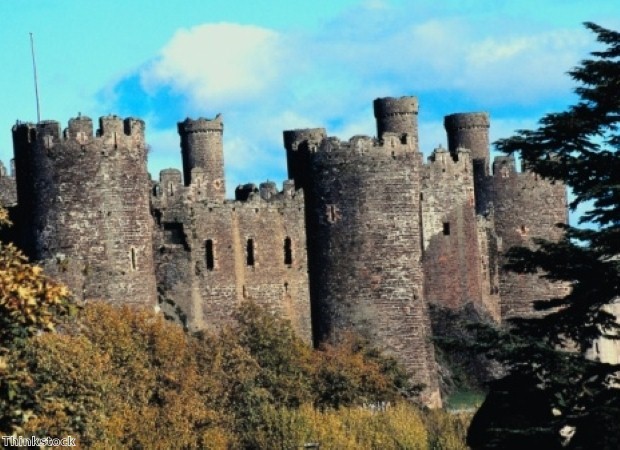 Wales is a country steeped in history, so, if you like doing nothing more than explore the heritage of the destinations you visit on holiday, this is the place for you. A great way to get acquainted with the area's rich past is by exploring its many castles and, if you head to North Wales, you'll find a great range of ancient properties you can visit.

Take a tour of the region's castles, and you may feel like you have gone back in time. Even though these buildings were constructed several centuries ago, many of them remain wonderfully preserved and, upon stepping inside, you can easily imagine what life in Wales was like all those years ago. Here are just a few of the area's most amazing castles.

Visiting Snowdonia's Harlech Castle will certainly be an experience you never forget, with its location on a near-vertical cliff-face creating an imposing sight.

Built in the late 13th century under the orders of English monarch Edward I, this astounding castle was one of several 'iron ring' fortresses constructed as part of his plans to contain the Welsh within their borders.

Featuring an intricate walls-within-walls design to make it impossible to penetrate, the castle is regarded as one of the most formidable in Wales and was the location of longest ever siege in British history. During the War of Roses, the castle's inhabitants were under siege for seven years, although a stairway that led out to sea ensured that they were supplied with food and other provisions.

Though the water has since receded, visiting Harlech today will help you understand what it is like to live in a siege. While the castle is open all year round, you should be aware that admission times vary. It's best to check in advance to see what these are before you set out from your North Wales holiday cottage for the day.

Head to Chirk Castle, located just outside Wrexham in the heart of the Welsh Marches, and you'll get to explore a property that has been continuously inhabited ever since it was completed in 1310.

Like Harlech, this was built under the reign of Edward I, although it has undergone extensive renovation work in the following centuries. On a tour of the property, you'll get to see opulently decorated 18th-century state apartments and view a collection of rare firearms that date back to the 17th century, as well as take in the sight of intricately-woven tapestries and elaborate plasterwork.

Make sure you take a walk through the gardens and woodland surrounding the castle too. You'll come across some fascinating plants as you stroll, including bluebells and yews, while you might also catch a glimpse of Berkshire pigs wandering about the grounds.

With its position at the top of a hill on the Conwy Estuary, Conwy Castle makes for an imposing sight that will demand the attention of all those who visit the town.

Built in 1287, this stunning fortress is a great example of medieval architecture as it features eight striking towers and two barbicans (a type of fortified gateway). It is not, however, until you step inside that you will get a true appreciation of life during this era. Among the places you can see on a tour of the castle are the beautiful royal chapel, private chambers and the grand hall. Head up to the battlements, meanwhile, and you'll take in great views of the surrounding mountains, as well as be able to look out across the Irish Sea.

A guide to Washington's family-friendly attractions

Seaside resort of Newquay is ideal for those seeking a family holiday with plenty to do – travelbite.co.uk