Whitby Abbey, the inspiration for Bram Stoker’s 'Dracula' is one of the spookiest sites in the UK

Scare yourself silly this Halloween with a trip to some of the most haunted English Heritage sites, from the battlefields of Hastings to the creepy Pendennis Castle. Don’t believe in paranormal activity? You might well change your mind after a trip to these haunted properties…

Paranormal phenomena and sightings over the 944 years since the Battle of Hastings have been rife. On the anniversary of the battle (October 14th), the ghost of the former King Harold is said to appear at the spot of his eventual demise, which is now occupied by the grand high alter of the abbey church. Visit the site on a rainy day and see the battlefield awash with the ‘blood’ of this gruesome battle (although sources suggest the likely reasoning for this is iron oxide in the soil).

Visitors can hear about the site’s sinister past and chilling tales of mysterious monks and spooky soldiers when they join Professor Midnight for a spine-tingling ghost walk around the haunted grounds this October.

Pendennis Castle was home to a number of garrisoned soldiers during the late 19th and early 20th century so it is hardly surprising that among the many restless spirits which have been seen lurking inside the castle have been several soldiers in red tunics.

Legend also has it that desperate soldiers trapped in the castle during the Civil War siege were driven to eat their own horses. Previous custodians of the castle have been woken by the sound of ghostly hooves, even after the cobbles were turfed over!

Another member of staff has seen apparitions of a woman haunting the keep and other spooky sightings include the ghost of Anna, a scullery maid, who fell down the stairs to her death. Recently, fearful screams have been heard from the stairwell – believed to be Anna's final moments.

Visitors have also reported seeing strange green lights in the kitchen, and the figure of a ghostly woman climbing the stairs. Experience Pendennis Castle’s darker side for yourself this October with family Halloween Trails and adults-only tours!

The castle at Dover has what can only be described as a turbulent history, which stretches back over 2,000 years to Roman Times. Over the many years, more than nine ghosts have been reported, most notably the recognition of a mysterious woman in red and a Napoleonic drummer. More recently Second World War Naval Officers have been seen, as well as creepy sounds of some of the wartime operations which took place in the tunnels. Dover Castle has a well-deserved reputation and this October’s spooky Haunted Castle event is sure to keep visitors on their guard as they are led around the castle by eerie costumed characters.

This garrison stronghold built in 1540 has a sinister past. Visitors to the site have experienced members of the Tudor force, whilst others have felt themselves being barged by inexplicable forces in an otherwise empty room unoccupied by any other visitors. During the Civil War, surgery was performed on the kitchen table, where odd scents and smells are still regularly picked up. Visitors to the “Spooky Stories” event can enjoy Halloween tales about the castle and fun activities and games offering devilish prizes to be won! 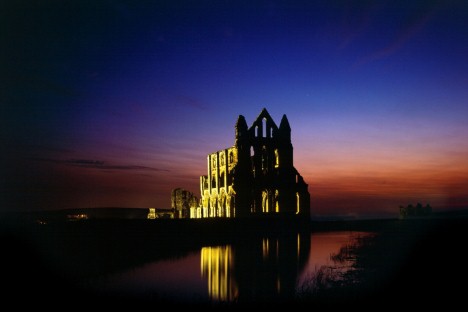 Best known as the inspiration for Bram Stoker’s 'Dracula', Whitby Abbey has had its own fair share of reports of ghosts and spooky happenings. The Abbey’s founder, St. Hild, is said to be sometimes seen in the upper windows of the gothic ruins, whilst on January 6th – the old Christmas Day – a phantom choir can sometimes be heard within the ruins. There are also amazing stories of a mysterious horse-driven stagecoach being driven over the cliffs at Whitby Abbey and local legend dictates that the lack of seagulls in the area is due to St Hild forbidding them from flying over the abbey. The abbey has taken a gothic twist to celebrate the Halloween period, with both day and evening events to choose from.

Here are our pick of the best Bonfire Night events in the UK:

The UK boasts some of the most varied diving conditions in the world, from the coral reefs of Cornwall to the ship wrecks of Scotland.

Top flea markets to visit on a New York break

A guide to Toronto's multicultural kitchens