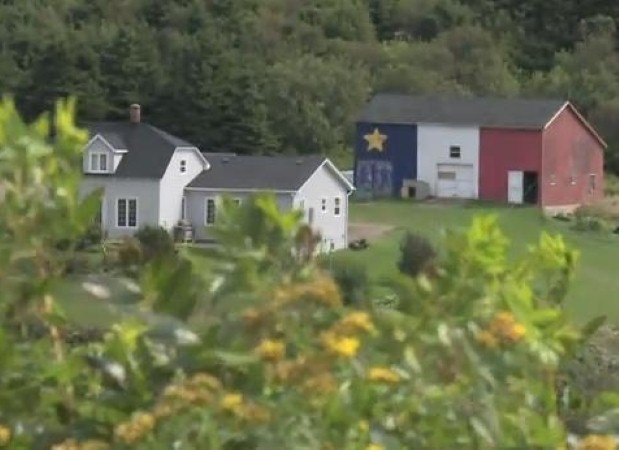 The province of Nova Scotia is one of the most popular destinations for Canada holidays, as you will quickly discover if you travel there. From the awe-inspiring scenery to the fascinating culture you will experience, this will be the trip of a lifetime.

Although it is one of the smallest provinces in Canada, it is also one of the most populated, as its rich maritime past has seen a permanent settlement build up over the centuries.

Indeed, you may find some of its customs feel familiar, as although Nova Scotia boasts a diverse community, many of its traditions are Scottish in origin, meaning that basing your Canada holiday here gives you a feeling of a being in a home away from home.

Staying here almost feels as though you are on an island, as the province is almost entirely encircled by the Atlantic Ocean, with a relatively small passage of land linking it to New Brunswick.

So, just how can you make the most of your time here? One idea is to schedule your trip during the dates of one of the province's festivals – there are around 700 held each year. From farmers' markets and seafood fairs to music concerts and Scottish dancing events, you are certain to find something that appeals to your tastes and interests.

Alternatively, you could take a tour that allows you to see as much of Nova Scotia as possible, from the bustling capital of Halifax to the rugged scenery further around the coast.

Indeed, the city is a great place to begin your holiday to Canada, particularly if you are keen to get to grips with the nation's past. Make your first port of call Pier 21, where you'll find the Canadian Museum of Immigration. You could find out all about some of the people who first arrived on the country's shores and decided to make it their home while here.

For something a little different, be sure to check out the Halifax Citadel National Historic Site. This is one of the best attractions in the city for getting to experience a few of Nova Scotia's traditions, as you can watch as soldiers dressed in kilts perform a drill to the sound of bagpipes. This site is a great place to take in staggering views across the rest of the city and out to sea.

Thanks to Halifax's location on the coast, you can also hit the beach while you are in the city. Lawrencetown and Clam Harbour are particularly good spots for this, and you must be sure to sample some of the fresh local seafood while you are here by popping into one of the restaurants.

Once you have had your fill of the city, head next for Lunenburg, a beautiful fishing village that has been named a UNESCO World Heritage site thanks to its unique architecture, which is a stunning example of colonial settlements in the US. You can take a stroll around the timber houses that were built during the 18th and 19th centuries and visit the museums that will help tell you more about the importance of this harbour town within the Canadian maritime industry.

If you have found your stop here fascinating, you are sure to want to visit Port-Royal National Historic Site close to Nova Scotia's Annapolis Basin. Here you can amble around reconstructions of the buildings that would have stood here during the early 17th century when French immigrants established a settlement. If you have any questions, you can simply ask one of the people who work at the site – they will be dressed in full period costume and be only too happy to help.

The great thing about a holiday in Canada is that while your schedule will be packed full of opportunities to learn about the country's history or experience its culture, you can also immerse yourself in some of the most beautiful natural scenery anywhere on earth. A case in point is Digby Neck, an extension of the North Annapolis Valley mountain range which you will find on the Bay of Fundy. The site is fascinating from a geological point of view, as it formed from a combination of two lava flows and stands away from the rest of the mainland as a result of a deep channel, known as Digby Gut.

This is a beautiful place to spend time and not only will you be able to take in the stunning landscape around you, but you will also have an unparalleled chance for some nature spotting. You may catch sight of whales including the humpback, minke and finback, in addition to seals.

With so much to see and do, your trip to Nova Scotia will certainly tempt you into booking a return holiday in Canada.

Enjoy the ultimate honeymoon at Blue Waters in Antigua