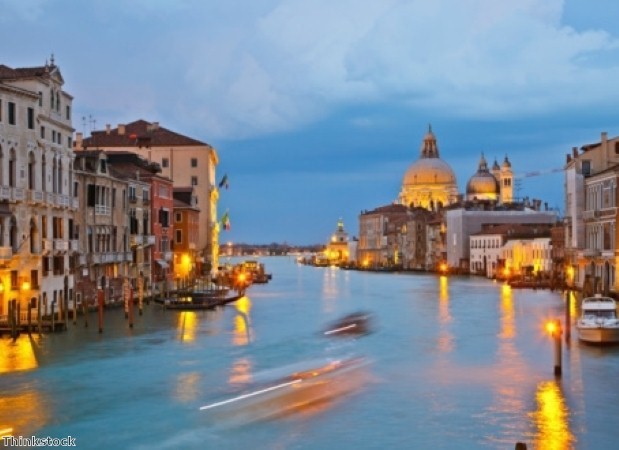 A Rapid Rail Route in Europe

Few places lend themselves to a fantastic backpacking itinerary like Europe. With a landmass roughly the same size as the United States, it manages to cram in 48 countries, each with their own distinct culture, history, language and sight after stunning sight.

But this massive variety also has its downsides. It's just not possible to see everything there is to see in two weeks, a month, or indeed in any time period – it would take a lifetime to explore it properly. So the whole thing needs to be broken down into a very strict set of itineraries.

The rail pass is the best way of getting around. There are several different packages available, but most companies offer a flexible combination of weeks/months of travel within various countries as standard.

A few nights in London

Most backpackers arriving in Europe fly into London. Once the exhaustion of their flight's worn off, and they're happily installed in one of any number of great hostels in London, the city lies out before them, resplendent in all its glory.

London is quite simply the complete destination. There aren't many places that can match its mix of amazing attractions, superb shopping and non-stop nightlife. Days can pass by in a flash, as you try and fit in a series of sights like the Tower of London, Buckingham Palace and St. Paul's Cathedral.

Then there's the range of cultural attractions: London's museums and art galleries are second-to-none. If the Tate Modern and the British Museum are the most well-known, then the National Gallery, the Tate Britain and the fabulous Natural History Museum aren't far behind.

After a couple of days in London, Paris makes a fantastic next stop. Setting off from the magnificent new St Pancras Station, you can have breakfast in London and, only a couple of hours later, be having lunch in the shadow of the Eiffel Town.

Paris is wonderful. Truly. Like London it's an achingly cultural place with a rash of world-renowned museums and galleries. But its real charms lie in the unique atmosphere that lingers in its streets. Held to be romantic, romance is a word that doesn't even begin to cut it.

The entire city is littered with people spilling out on to the streets in pavement cafÃ©s, bistros abuzz with earnestly chatting groups of friends, couples taking evening strolls along the banks of the Seine and all manner of stimulating life.

From Paris, it's on to Venice, 'the city of water'. The advantage of Venice for the traveler in a rush is that unlike Rome, Naples and (to a much lesser extent), Florence, it's in the north of the country. The train from Paris sets off at 19.42, dropping you off in the heart of Venice (refreshed after a good night's sleep), early the following morning.

First and foremost, it's not the cheapest city, and choosing a good Venice hostel or cheap hotel is essential for the budget traveler. Naturally, picking where to eat out in the city is also key, and the cheaper pizzerias of the San Barbara part of Dorsoduro can help keep the budget from really spiraling out of control.

Fortunately, walking around the city is both absolutely free and impossible to tire of! From instantly recognizable sights like St Mark's Square and the ravishing Rialto Bridge, to the captivating network of canals, narrow streets and alleyways that riddle the city, Venice is a visual feast.

To get from Venice to Amsterdam on this whistle-stop tour of Western Europe, you have to change at Munich. Here a difficult choice emerges: spend a couple of days in the fabulous Bavarian city, or for the really pushed, move straight on to Amsterdam.

After the sumptuous delights of Venice, Amsterdam is quite a change. Although it's quite a small city, it's an incredibly exciting place that pulsates with activity. Throughout the day, bars and coffee shops fill up with a pleasing mixture of locals and enthralled travelers.

But the city arguably really comes into its own after dark. In addition to the city's infamous Red Light District – an impressively lurid spectacle of gaudy neon lights – the Rembrantsplein and Leidseplein are packed with bars and clubs.

On the accommodation front, Amsterdam hostels are some of the best in the world. But when you consider all the late nights and partying the average backpacker does in the city, you're unlikely to spend too much time in bed.

And so, after an exhausting couple of weeks, the mad dash around Western Europe comes to a close. Dizzied by London, beguiled by Paris, footsore from Venice and finally, well and truly worn out by Amsterdam, it really only serves as the briefest of brief introductions to the continent.

Sticking to this itinerary, though, you'd probably need a bit of time to recover before you tried anything similar!