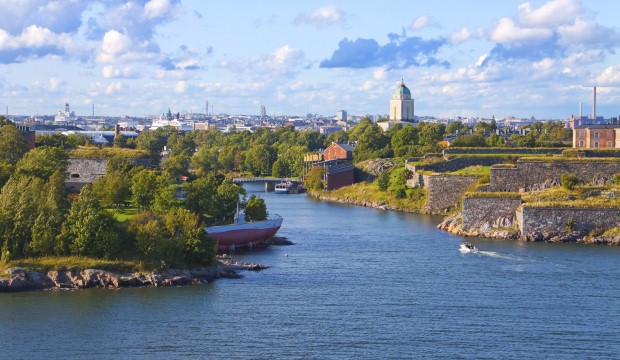 Helsinki, the Finnish capital, is a city with its heart in the sea.

The Kuopio region is is one of the country's most popular destinations for spa holidays.

Rovaniemi is the provincial capital of Finnish Lapland.

Salla (aka 'in the middle of nowhere') is one of the best and most exciting places in Europe for skiing.

Tampere is the capital of Finland's Western Lake District.

Turku is the oldest city in Finland.

The tiny, remote Finnish town of Nellim, a true Northern Lights hotspot, is now home to Aurora Bubbles – available exclusively from September 2013 via The Aurora Zone.

Northern Lights at Easter in Finland

The Aurora Zone is offering a special Northern Lights at Easter travel deal.

A theme park, based on the popular smartphone game app 'Angry Birds', is being planned in Tampere, Finland.

Get the 2011/12 winter season off to a dazzling start on this intensive three-night Aurora hunt in the Arctic wilderness.

People looking for a memorable holiday experience this winter have been encouraged to pay a visit to Finland to see the Northern Lights.

The natural, tranquil beauty of Finland's extensive forests and lakelands combined with culturally and architecturally-stunning cities such as Helsinki, make Finland a great choice for a holiday.

The pace of a break in Finland is as leisurely as you want to make it, with plenty of elbowroom everywhere you visit. Finland, one of the five Nordic states of northern Europe, is a country teeming with natural beauty, from the wide expanses of Lapland in the north, to the beautiful archipelagos of the south-west.

A land of lakes and forests, reindeers and snow, Finland's long cold winters make it an ideal destination for winter holidays with activities of every kind on offer, from cross-country and downhill skiing, to snowmobile safaris and husky dog sleigh rides. Finland is also a vibrant, modern country with a rich cultural heritage and this is reflected in its many lovely cities and towns. Architecture from the Tsarist era sits side by side with the strikingly modern buildings of renowned Finnish architect Alvo Allto. There are castles and cathedrals, designer shops and restaurants, music festivals and ferry trips. For a city break with a difference, Finland has much to offer.

The Republic of Finland is situated in Northern Europe. It is bordered by Sweden to the west, Russia to the east and Norway to the north. Estonia lies to the south across the Gulf of Finland. There are regular daily flights from most European cities to Helsinki; flight time from the UK is approximately three hours. Finnair operates daily direct flights between Heathrow and Helsinki. Blue1, Finland's budget airline, has flights from London to Helsinki and to Rovaniemi and easyJet began a new service from Gatwick to Helsinki in November 2008. There are also regular ferry services to Helsinki from Sweden, Germany and Estonia.

Weather in Finland: In Helsinki summer temperatures range from a cool 15C up to 30C in July. By September the weather cools rapidly, the days darken and temperatures remain at or below freezing until early April. In the far north in Lapland, from May to July there are the famous "nightless nights" when the sun never sinks below the horizon. By contrast the sun stays below the horizon during the midst of winter with a period of darkness lasting through December up until to the end of January.

Helsinki the Finnish capital, is a city with its heart in the sea. Surrounded by water on three sides, the 'Daughter of the Baltic' is a busy port and has its own archipelago of over 300 islands. It is a vibrant, cosmopolitan city with designer shops, elegant restaurants, lively cafe culture and thriving nightlife.

Turku is the oldest city in Finland. Together with the Estonian capital Tallinn it has been designated a European Capital of Culture for 2011. Lying on the southwest coast of Finland, Turku grew up around the River Aurajoki (Aura) and has one of the most beautiful archipelagos in the region.

Tampere is the capital of Finland's Western Lake District. It is surrounded by almost 200 lakes and lies on an isthmus between the two largest lakes – Lake Nasijarvi to the north and Lake Pyhajarvi to the south. This bustling university city with its industrial heritage and rich cultural life has become one of the most popular tourist destinations in Finland.

Salla or 'in the middle of nowhere' is one of the best places in Europe for skiing and also one of the most exciting, situated as it is in the middle of the Lapland wilderness where reindeer outnumber people four to one and where the ski trails stretch out across the border into Russia.

Ruka/Kuusamo is one of Finland's most popular ski resorts, is situated in Lapland's beautiful Kuusamo wilderness area, just south of the Arctic Circle not far from the Russian border.

Rovaniemi the provincial capital of Finnish Lapland, lies on the Arctic Circle at the junction of the rivers Kemijoki and Ounasjoki. Rovaniemi is one of the best places to view the Northern Lights and, last but not least, it is the home town of Santa himself!

The Kuopio region located in North Savo in the middle of Finland's lovely lake district, is one of the country's most popular destinations for spa holidays. Kuopio city prides itself on being "home to acknowledged heath and well-being expertise" and is a member of the World Health Organisation Healthy Cities Network.

The Aland Islands lying in the Baltic Sea between south-west Finland and eastern Sweden, attract holidaymakers all the year round, even in winter when the temperature falls and the sea freezes over.

Languages: Finnish is the official language; Swedish and Russian are spoken by a minority of the population. To learn the basics of Finnish visit  www.bbc.co.uk/languages

Trek America on a gap year