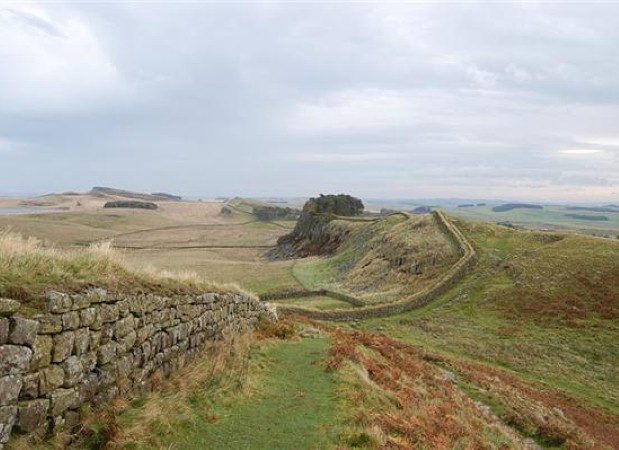 One of the great things about going on holiday is that you get to learn about the history of the different things you see. If you're heading to Northumberland, there is lots you can discover, including the origins of the famous Hadrian's Wall. Read on to find out more.

Hadrian's Wall was built by the Romans to define the border between England and Scotland. It was constructed between 122 and 30 AD and was ordered by Emperor Hadrian when the Romans reigned the nation.

It took eight years to build the 73-mile wall and was the biggest building project during the Roman period in Britain. The wall runs from Wallsend in North Tyneside to Bowness-on-Solway in Cumbria.

The majority of the structure can be found in Northumberland and, as it is one of the most popular tourist attractions in the UK, many people head to the county every year.

Most visitors only get to see a portion of the wall, as it is so long, but being able to take in views of the ancient construction up close wherever you are will be a great experience.

Part of the wall can be found in Cumbria, but a significant portion is in Northumberland. What's more, this area contains some of the most striking features of the construction and there are other types of Roman ruins to see in the county as well.

Five of the eight excavated forts are in Northumberland and this includes Housesteads Roman Fort. This is the most complete ancient Roman stronghold in the UK and more than 800 soldiers were once based here.

If you visit the fortification you can learn more about Roman architecture, being able to see ruins of barracks, the house of the commandment and antique toilets. This is also a great place to visit if you're on a Hadrian Wall holiday as you can take in some spectacular views of the structure from the fort.

Another site you should visit is Vindolanda Chesterholm, which was built in 85 AD, but is thought to have housed residents for more than 400 years. As a result of this, you can see a variety of ruins, including bath houses and temples. If you head to the museum, you can spot lots of little remains that have been excavated and are now on public display.

Every history student needs a break now and again, and the great thing about staying in a cottage in the Northumbrian countryside is you can spend a lot of your break exploring the beautiful rural location, as well as learning about Hadrian's Wall.

When you reach the wall, you will be blown away by the breathtaking scenery of rolling hills and endless greenery. There are several walks you can take part in if you want to explore the landscape further. You may simply wish to follow the wall from east to west – or vice versa – along Hadrian's Wall National Trail Path for a little bit.

Once you have had a good dose of fresh air and taken in the beautiful views of the rugged hills, you can reward yourself with a stop at one of the many pubs that can be found near the wall. There's nothing better than hearty food after a long stroll in the brisk country air, particularly if you are planning a holiday in autumn or winter!