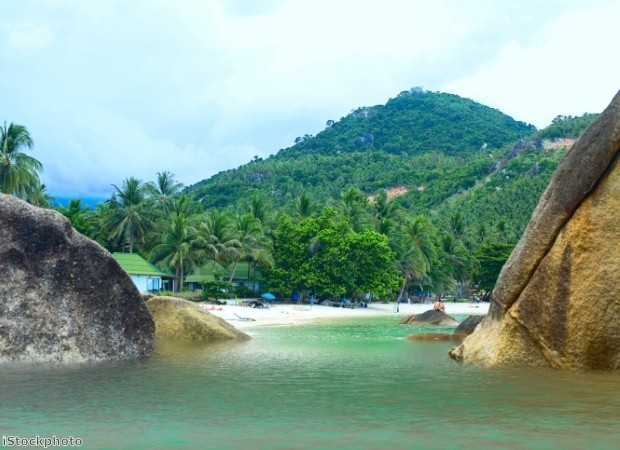 Asia is one of the most popular places in the world for holidaymakers, with many volunteers, backpackers and adventure enthusiasts coming here. This means it can be difficult to get away from the crowds – but here are three destinations to visit if you want to get off the beaten track.

For the last decade or so, many people have flocked to Asia for their travels – whether they want a luxury holiday in Thailand, a cultural trip to Cambodia or they wish to spend months in the jungles of Malaysia as a volunteer abroad with local families. The popularity of the continent has made it increasingly difficult to feel as though you're doing something different to everyone else. However, this is not the case if you make your way to Sabah.

This Malaysian state is situated on the island of Borneo in south-east Asia. As well as being home to Sabah, the isle is split between Indonesian and Brunei provinces.

While lots of people make their way to mainland Malaysia, few head to Sabah, but if they did, they would come across its white-sand beaches, breathtaking landscape and abundance of dense forests and natural areas.

One of the main reasons people come here is to climb Mount Kinabalu, one of the tallest mountains in south-east Asia, while others make their way to take advantage of the great diving opportunities that can be had at Sipadan Island. Here, you've got a chance to see giant turtles, as well as beautiful brightly-coloured fish.

Sabah is full of wonderful natural sights, and if you're a wildlife lover, this is the place to go. As well as being able to see its unique marine life, you can take a look at some of its other indigenous creatures, including the rather strange-looking proboscis monkey and the beautiful orangutan. These apes can be found in the overgrown jungles on the Kinabatangan River, which stretches 560 km across the state. Keep your eyes out as you cruise down the waterway in a dug-out canoe as you may also spot crocodiles, flying foxes and birds.

Another destination ideal for animal lovers – as well as those who adore palm-fringed beaches – is the Perhentian Islands, situated 20 km off the coast of Malaysia.

Pulau Perhentian Besar and Pulau Perhentian Kecil are two idyllic isles surrounded by crystal-clear waters and little else. As many other holidaymakers head to the better-known resorts in Malaysia such as Langkawi, you won't find too many tourists filling its silky-soft sandy beaches.

Despite being breathtakingly beautiful, the islands are something of a closely-guarded secret and the only hotels or beach huts you'll find are on the shoreline, with the interior rainforests remaining unkempt and overgrown – just as their natural state should be.

This isn't just a great location if you want to spend your days lying on the beach, as the island is home to an abundance of exotic creatures in and out of the water. These include huge monitor lizards, reef sharks and sea turtles.

For somewhere completely different to the idyllic tropical destinations you'll often come across in Asia, head to Hue in Vietnam. One of the best things to do when in the central Vietnamese city is take a trip to the Demilitarised Zone or DMZ, as it is better known. This area will be a good introduction to the Vietnam War if you're interested in seeing some of the sites from this period and learning more about the nation's gruesome history.

While this area was originally meant to be a demilitarised area, separating the Republic of Vietnam in the south and the Democratic Republic of Vietnam in the north with the Ben Hai River, it was actually affected hugely by the conflict between 1954 and 1975. These days, you can take a tour of the area, where you will find remnants of military planes, bombs and weapons, as well as a museum with photos and details about the horrific war. You will also get to experience what life was like for many Vietnams who spent years living in tiny underground tunnels, climbing through the short, dark and dingy channels yourself.

Hue itself is a great location to learn more about Vietnam's Nguyen emperors, with the city full of palaces, temples and pagodas, particularly along the Perfume River, which you can explore if you head out on a boat trip during your holiday.