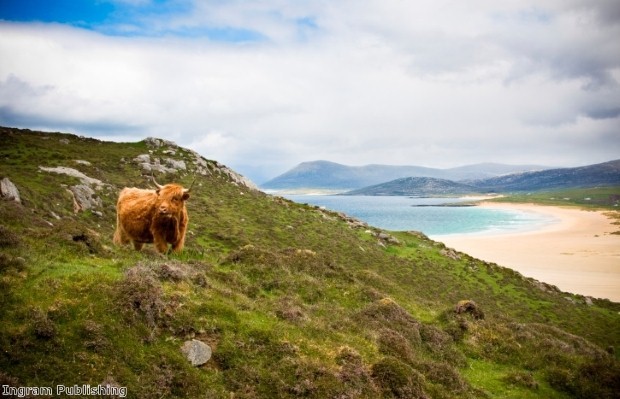 The initiative will coincide with the conclusion of the BBC programme Hebrides: Islands on the Edge

VisitScotland has launched a new tourism campaign to promote the the Inner and Outer Hebrides in the run-up to autumn, to coincide with the conclusion of the BBC documentary Hebrides: Islands on the Edge.

The new £50,000 campaign will target potential visitors through national newspaper titles and radio across Scotland and the North of England to encourage them to visit the diverse landscapes of the archipelago off the west coast of mainland Scotland.

Promotional materials will contain information about things to see and do in the area, upcoming events, and special offers with transport providers, Flybe, Calmac and Scotrail as well as local attractions.

To accompany this, VisitScotland is also including special inspirational inserts within the Hebrides: Islands on the Edge official DVD and Blu-ray where fans can learn more about the area as well as win a island adventure trip.

The organisation has already utilised some spectacular HD footage filmed by the series makers, Maramedia with Otter Films, within their Year of Natural Scotland television adverts, which have been shown on television networks across the globe.

Mike Cantlay, Chairman of VisitScotland, said: “The Inner and Outer Hebrides have given a wonderful backdrop for our Year of Natural Scotland 2013 campaign, which has been boosted enormously by the Hebrides: Island on the Edge programme. We know that scenes from TV and film have direct impact on visitors’ potential holiday destinations, and our activity over the coming weeks seeks to capitalise on this.”

Nigel Pope, executive producer of Hebrides: Islands on the Edge said: “The series has been a great success both on BBC1 Scotland and on UK wide BBC2. As well as being one of BBC2’s top five programmes in the last few weeks, there’s been a real groundswell of support and interest on Twitter and Facebook with many tweets from influential celebrities like Clare Balding, Bill Oddie, Dominic Wood, Springwatch’s Michaela Strachan and the series narrator – Ewan McGregor.

"A growing awareness of how important the Islands are to wildlife and conservation is a very positive outcome of the series. If more people visit the Islands to see the wonderful wildlife at first hand, that has to be good for the Hebrides.

"We are now also looking forward to distributing the series internationally with ITVGlobal who will also be working closely with VisitScotland in taking the programmes to tourism and programming markets across the world.”

Since going nationwide four weeks ago, the programme has been performing extremely well, with the last episode seen by over two million people across the United Kingdom.

The Year of Natural Scotland 2013 provides visitors with the ideal opportunity to become immersed in all things Scottish, from the rugged scenery of the Highlands and the splendour of the national parks to the freshness of the natural larders and the warm welcome from people who passionately care about this wild land.

People looking for holiday ideas in Scotland can make use of a new guide for chocolate lovers that has been launched by the country's national tourism organisation.

A campaign has been launched urging Americans to boycott holidays in Scotland following the decision to release Abdelbaset Ali al-Megrahi.

Top 5 destinations for seeing and helping to protect endangered species

Experience the magic of Goa with Jewel in the Crown Holidays – travelbite.co.uk