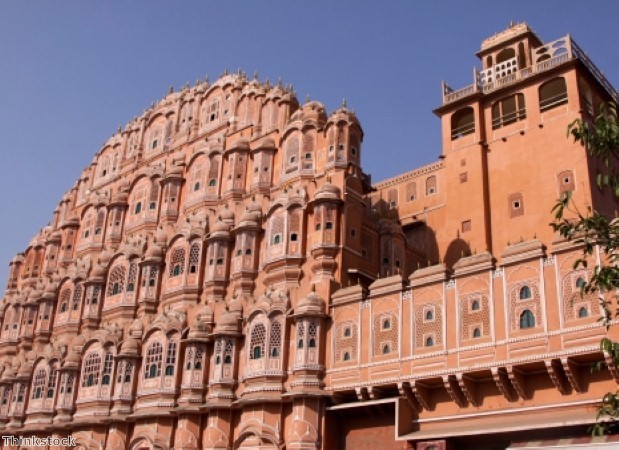 Jaipur, also known as the Pink City, has a number of attractions to keep anyone who has booked India tours occupied throughout their stay.

The city earned its name after nearly all of its buildings were painted pink in 1853 when the Prince of Wales, who would later become Edward VII, visited the area.

This distinctive tinge has been maintained over the years, making Jaipur a fascinating and eye-catching stop on any Taj and Pink City tour of India.

One of the first places tourists will no doubt want to visit is the Jantar Mantar, an observatory made up of a large collection of astronomical instruments.

A guided tour of this amazing national monument can take up to one hour, where you will learn all about the history of the attraction, along with how each instrument works.

Perhaps the most stunning structure is the huge sundial, which has a 27-metre gnomon that casts a shadow that moves at a speed of up to four metres an hour.

Alternatively, you can visit the City Palace, which encompasses a number of buildings, courtyards and gardens.

While the outer wall was built by former ruler of Jaipur Jai Singh II in the 18th century, many of the other additions to the complex have been made in more recent times, with some having been erected in the last century.

Despite this, the City Palace is still an intriguing attraction for those who have booked cheap flights to India's Goa region, particularly anyone interested in architecture.

Another distinctive landmark in Jaipur is the Hawa Mahal – a five-story pink structure that was originally built in 1799 to provide views of the city to the ladies of the royal household.

The building is an excellent example of Rajput architecture and artistry, with the top floor offering you a sweeping, panoramic glimpse of some of the city's famous sights, including the City Palace and the Jantar Mantar.

If you are hoping to learn more about the Hawa Mahal's history, there is a small museum inside that details the royal past.

Just outside of the city is the Temple of the Sun God at Galta, which is also known as the Monkey Temple due to these primates converging on the structure at dusk.

This is the perfect opportunity for more adventurous travellers to work up a sweat, with the complex of temples located at the zenith of a 200-metre climb up through a mountainous gorge.

However, the trip is worth it as you will get to enjoy spectacular views, and it is a popular spot for pilgrims all year round.

Worked up an appetite? Jaipur has a range of restaurants offering both international and local cuisine.

Tourists keen to try some authentic Mughlai food may wish to sample the delicacies provided by the Handi Restaurant, which is based opposite the main post office in the city.

Here you will find delicious barbecue dishes all served in a welcoming village atmosphere.

If you are having a meal at night, there is also a kebab stall that sets up just outside the entrance to the venue, so you can get a bite to eat before you even sit down.

Trattoria is a fantastic place for those hoping to try some Italian cuisine, with this candlelit rooftop restaurant making superb wood-fired pizzas along with delicious pasta dishes.

Sail into the sun with a Mediterranean yacht charter holiday – travelbite.co.uk