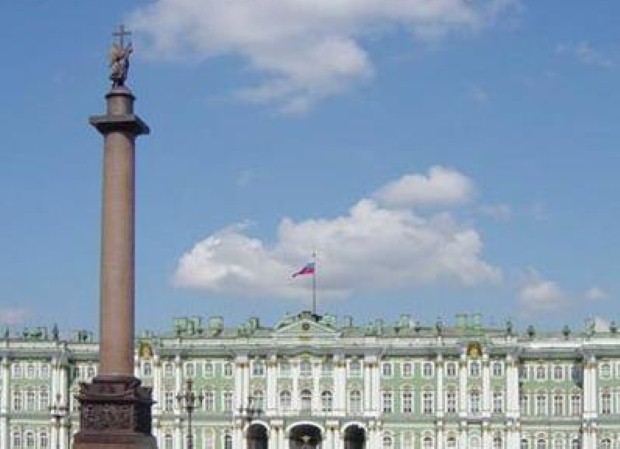 Palace Square is a must-visit destination

If you've arranged a Baltic cruise, one of the locations you're probably most looking forward to visiting is St Petersburg. The Russian city is famous for its beautiful architecture and is a UNESCO World Heritage Site as a result of how well its buildings and monuments are preserved.

There are so many attractions dotted throughout the city, it can be hard knowing which to devote your time to. Read on to discover our top picks.

The Palace Square is home to some remarkable buildings, the most notable of which is arguably the Baroque Winter Palace, after which the plaza is named. The palace has housed tsars for decades since it was built in the 1700s and was extended through the addition of Neoclassical edifices at either side.

Also to be found here is the Alexander Column, which stands in the centre of the square. The red granite column put up in the 1830s to honour Emperor Alexander I of Russia after the victory over France.

Over the years, the square has been the location for a number of important historical events, including Bloody Sunday in 1905 and the October Revolution, which took place in 1917. Now, the square is often a place for celebration and an open-air venue for concerts.

A truly breathtaking sight, the late-Neoclassical Saint Isaac's Cathedral should certainly be on your tour itinerary. Built in the 1800s, the cathedral has a grand facade of domes, columns and statues, but its interior is even more striking.

Step inside and you'll be greeted by ornate reliefs and sculptures, marble and semi-precious stone columns, gold-painted walls and much more that altogether creates a real feast for the eyes. After exploring, climb to the top of the cathedral for an impressive view over the city.

Founded by Catherine the Great, the State Hermitage Museum is one of the world's oldest, dating back to 1764. The collection comprises millions of artefacts, of which a number are on display in a complex of five buildings along St Petersburg's Palace Embankment, including the Winter Palace.

The objects that make up the museum have been on show since 1852 and include paintings, archaeological relics and graphic works. Among the exhibitions are the snuff boxes of Catherine the Great, Mesopotamian written records, 18th century porcelain, Neolithic art, glassworks by Emile Galle and dresses by Lamanova.

It isn't cheap to enter the museum, but if you visit on the first Thursday of the month you can get in for free.

The lavishly beautiful Catherine Palace can be found in the town of Pushkin, around 25 km from St Petersburg. The Rococo structure was the summer residence of the tsars of Russia and was commissioned by Catherine I of Russia in the early 1700s.

Pay a visit as part of your cruise and you'll be amazed by the sumptuous rooms, including the Great Hall. The room has a painted ceiling and the walls are decorated with carved figures. The Chinese Blue Drawing Room, meanwhile has silk-covered walls depicting landscapes and scenes, a carved marble fireplace, gilded door surrounds and 18th century porcelain objects.

Once you've seen the inside of the palace, head into the grounds, which comprise the Old Garden and the Landscape Park, the former of which is thought to have been tended by King Peter I himself. Pavilions, Gothic gates, metal bridges and marble fountains dot the scenery here.