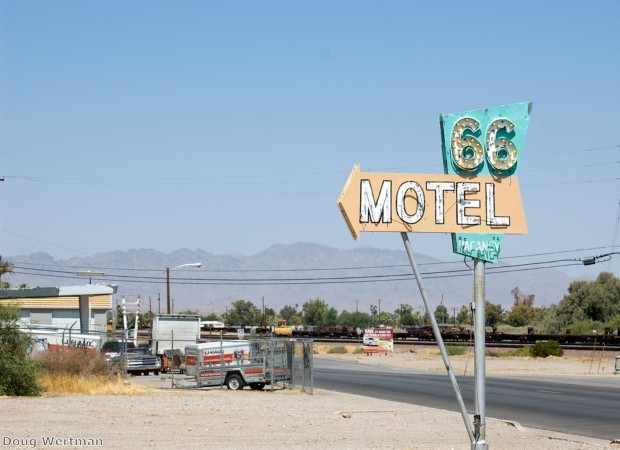 Route 66: perfect for an adventure

Going on a USA roadtrip is a fantastic and fun way to explore this fascinating country, especially if you choose to drive along some of the 2,400-mile Route 66. This iconic road is home to many must-visit destinations, including St Louis in the state of Missouri.

St Louis is famous for playing a significant role in the expansion of the States in the west, with Thomas Jefferson heading up the effort. As a result of this, the nation's tallest monument was constructed to celebrate this success – Gateway Arch.

Soaring 630 ft into the sky, Gateway Arch provides a unique twist to the typical observation deck, because you can catch a tram to the top. Choose to explore the monument in this way, and you might be lucky enough to see as far as 30 miles on a clear day.

Look to the east, and you can soak up fantastic views of Illinois and the famous Mississippi River, while to the west lies downtown St Louis. If you would like to learn more about the history of the city, there is also the Museum of Westward Expansion onsite.

If you would like to take a closer look at the Mississippi River, there are a variety of cruises you can embark on. From March through to November, you can go on a sightseeing boat tour, while there is also the option to book on to a dinner cruise in the evening for something a little bit more luxurious.

St Louis – also known as the Gateway City – is famous for its sports teams, and has been given the accolade of Ultimate Sports City by ESPN Magazine. The St Louis Cardinals have won the World Series for baseball 11 times and play at the Busch Stadium, while if hockey is more your sport, you might want to book tickets to see the St Louis Blues.

As well as the major professional sporting teams in the city – which also include the NFL St Louis Rams – locals are keen to support minor league and college teams, particularly basketball. Book your roadtrip along Route 66 for March, and you could find yourself watching the State Farm Missouri Valley Conference Men's Basketball Tournament at the Scottrade Center.

While you could easily spend an entire trip in St Louis, Missouri boasts an array of other top destinations, many of which you'll pass through when driving along Route 66. The Route 66 Museum and Research Center is located in Lebanon and includes a 1950s-style gas station and diner, a collection of books dedicated to this famous stretch of road and some beautiful antique cars.

Another attraction that should certainly be on your itinerary when exploring this corner of the US is the Meramec Caverns. This is famous for many reasons; firstly, it boasts some of the rarest underground formations in the world, including a 'wine table' made of limestone. Secondly, the caves are where infamous Jesse James used to hide when evading the authorities. There is even a waxwork museum dedicated to the criminal if this is a part of American history that interests you.

As you drive away from St Louis towards the state of Oklahoma, you'll pass through Springfield. Be sure to pull over, as the city is home to attractions such as the Dickerson Park Zoo, Wilson's Creek National Battlefield and more than 800 eateries that will ensure you don't continue on to the next leg on an empty stomach.

Lots to do when booking cheap Dorset holiday cottages

A guide to self-catering accommodation in Scotland