Highlights of a Solent sailing holiday 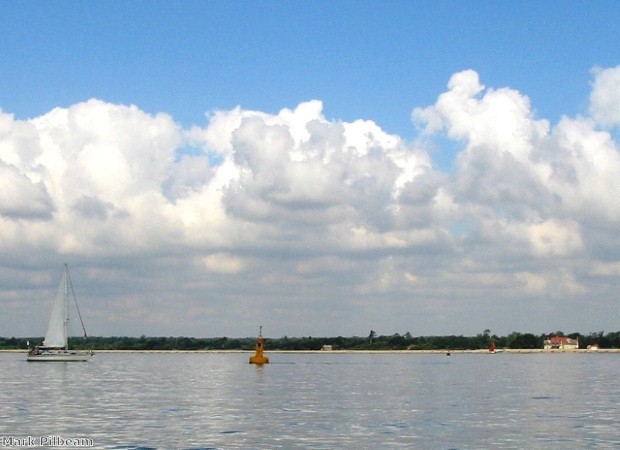 The Solent is a great sailing destination

As one of the most popular yachting destinations in the world, the Solent is ideally suited for those seeking challenging sailing conditions, before mooring up and exploring some fascinating sights. Whether you decide to have a short staycation or have a longer period of time to travel around the region, you'll discover lots to see and do.

Of course, taking a yacht charter break in the Solent means you can travel around at your own pace and see the sights that interest you the most. Choose to incorporate the following destinations into your travels though and you're sure to have an astounding getaway.

Situated on the north-west coast of the Isle of Wight, this picturesque small town is full of period charm and features winding cobbled streets that contain designer boutiques and restaurants serving freshly-caught seafood. Head to Alum Bay to see one of Yarmouth's most famous attractions, the Needles, a set of three chalk stacks that rises straight out of the water, before visiting the Needle Park where you will discover an array of fairground rides and other amusements.

Another iconic local landmark is Yarmouth Castle, a coastal fortress that was built under the supervision of Henry VIII to protect the country from the Spanish and French. However, the castle was not completed until after the king's death in 1547. Visit the medieval property today for the chance to get a glimpse into what life was like in the 16th century, as well as see items recovered from nearby shipwrecks.

Travel to the northern tip of the Isle of Wight and you'll arrive at Cowes. This town is commonly regarded as the home of UK sailing, making it a great place to visit at any time of year. Should you arrive in time for Cowes Week, which takes place every August, you'll be part of one the world's biggest regattas. This annual event sees thousands of people compete in an array of races, with the town's harbour a good vantage point to see the sporting action.

Regardless of when you visit Cowes, cruising through the waters that lie next to the town in a yacht is sure to be a wonderful experience. However, there are plenty of other water sports you can try here, including windsurfing and kayaking. If you fancy doing something a little bit different, you could take lessons in dragon boating or stand-up paddle boarding, with schools offering tuition in a range of pursuits situated throughout the town.

Should you be keen to spend a little time on dry land, as opposed to being out on the water all day, visit the Military Museum. This institution is housed in a former World War Two barracks, with an array of army memorabilia – from guns to tanks – on display. You can even take a ride in an armoured vehicle and practice your aim at the CO2 air rifle range, before stopping by the gift ship that sells a range of military toys.

Step back in time in Poole

Considering that it contains Europe's biggest natural harbour, it should be little surprise that Poole is one of the most popular ports of call on Solent yacht breaks.

The town is also steeped in history and upon mooring up your vessel and stepping on to dry land, you can go about exploring the region's past. Visiting the Jurassic Coast, England's oldest UNESCO World Heritage Site, is certainly a good way to do this. By following just a small part of this 95-mile stretch of coastline, you can expect to see a diverse range of geological formations, some of which are 185 million years old. The region is also considered one of the best places in the world for fossil hunting, so you might be able to pick up the remains of a prehistoric animal to take home as a souvenir.

You can learn more about the region by visiting the Poole History Centre, a cultural institution that is situated in a 600-year-old woolhouse. Here, you will see dozens of photographs illustrating what the town looked like in decades gone by, as well as census and maritime records. The adjacent Poole Museum, meanwhile, has collections spread across four floors. Among the artefacts you can see here are an Iron Age-era logboat and locally-made pottery.