Escape the hustle and bustle of NYC in Central Park 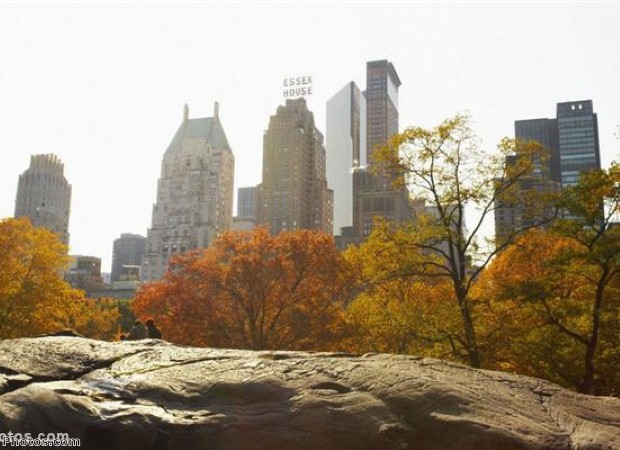 Central Park is a great place to relax in NYC

Although New York is famous the world over as being a busy, bustling city, it'd be a mistake to think it is impossible to escape the noise and clamour of the Big Apple, even if just for a couple of hours. There are dozens of parks across the metropolis that give locals and tourists alike welcome respite from the concrete jungle, although Central Park is undoubtedly the most well known of these.

Situated in the middle of Manhattan and stretching some 3.2 sq km, the park is the perfect place to visit if you're hoping to take a break from being surrounded by towering skyscrapers. Central Park certainly delivers if you want to enjoy a slightly gentler pace of life and connect with nature on a break in New York, not least of all because it has some 250 acres of lawns and 136 acres of woodland where you can go for a relaxing stroll.

While you walk, make sure you take the time to appreciate the diverse range of plants to be found in the public park. Among the species you will spot are American elms and red oaks, with Yoshino cherry trees making a colourful spectacle when they flower in the springtime.

It's also worth keeping an eye for the dozens of monuments that are scattered throughout Central Park, many of which are dedicated to American soldiers who died while fighting for their country. Among these is a sculpture depicting troops who served for the 107th United States Infantry during the first world war and can be found at the perimeter wall on 67th Street and Fifth Avenue. At the park's West Drive on 69th Street, meanwhile, you'll come across a bronze statue of a solider from the 7th Regiment who fought during the American Civil War, which is a great place to seek out if you're looking for a quiet place to reflect.

As you will have probably already guessed, Central Park's vast size means it is also a popular space for sport and outdoor activity lovers to indulge in exciting pursuits.

Cyclists will certainly be in their element when coming here, as there is a great combination of flat and hilly terrain that offers something for bikers of all abilities and ages. If you're looking for a particularly challenging ride, though, you should take one of the routes that circle the entire park, with the longest of these stretching some 6.1 miles.

Angling enthusiasts, however, should head to the Harlem Meer waterway where you'll have the chance to fish for carp, pumpkinseed sunfish and largemouth bass, among other species. However, you should bear in mind that a 'catch and release' scheme is in effect here, so any fish that you do reel in here must be placed back into the water immediately.

For a classic American sporting experience you might want to indulge in a game of basketball. Courts are situated in both the North Meadow Recreation Center and the Great Lawn – with balls available to borrow at the former – so you can easily hone your skills.

If you're thinking of taking a flight to New York from the UK in the winter, meanwhile, ice skating is an excellent activity to do in the park. You can don a pair of skates at both Lasker Rink and Wollman Rink between November and March and, as you glide over the ice, you will get to breathe in the crisp winter air and take in the sight of Manhattan's wonderful skyscrapers in the distance.