Where and what to eat in Beijing 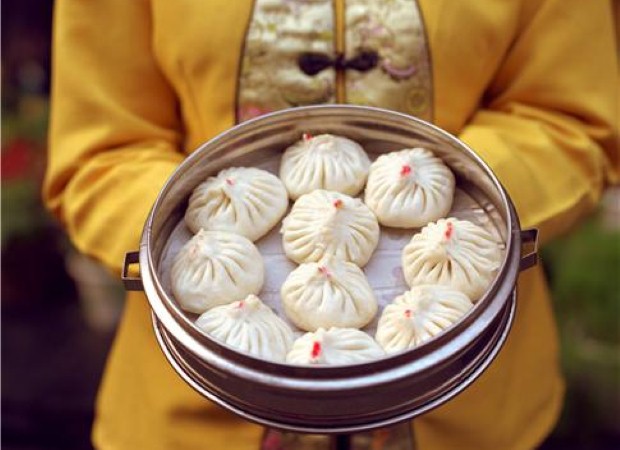 If you're something of a Chinese food connoisseur, the thought of booking a break in the nation's capital Beijing is likely to make your mouth water. The thriving metropolis is a foodie's paradise, as well as being home to a wealth of cultural and historical attractions.

Once you touch down in the city and get settled in your chosen accommodation, you might realise you've developed an appetite. Venture outside and you'll be greeted immediately by the scent of freshly-cooked food drifting over from the street carts.

Order one of Beijing's best-loved meals to go, a savoury pancake, and you'll discover the dish to consist of a doughy pancake served with fried egg and crispy onions. If you land in the evening, the night markets are great places to sample some local food too, with a particular speciality being hongshu – sweet baked potatoes often served with diced lamb or chilli.

If you'd rather book a table at a restaurant, you'll find an array of delicious meals on the menu, including mainstays like Beijing duck and dim sum. The former is unlikely to be anything like the version you've tried at home, as the original is usually served in different ways – either with Quanjude or Bianyifang variations. Different methods are used to prepare the bird, which is coated in spices and sauce before being roasted over flames.

Head to the Quan Ju De Restaurants at Qianmen, Hepingmen or Wangfujing to sample the dish at its best, where the duck is roasted on a fire of fruit-tree wood, sliced and served in a pancake. Steamed buns are another popular dish, and a great place to sample the local meal is at Din Tai Fung, where the buns are filled with minced pork and a stock jelly or sweet red bean paste.

Meanwhile, if you call in at Guo Yao Xiao Ju, you'll be able to sample Tan cuisine, which is a nearly-extinct style of cooking derived from the Tang dynasty. A speciality is the nongtang yudu – a delicate fish maw soup.

For a unique experience after disembarking from Beijing flights, a visit to Pure Lotus is not to be missed. The restaurant is situated on Changhong Bridge and is run by a robed monk. Inside you can take a seat and admire the altar adorned with fresh flowers while tucking into spicy stewed fish or pumpkin porridge. Some dishes are served among bouquets of flowers and others with dried ice mists.

If you prefer to eat somewhere a little more casual, call in at the traditional Sichuan cafe of Tian Xia Yan to sample sesame noodles and pork pot, or head to Three Guizhou Men to try sour fish soup or mango and ice puree.

As well as the renowned cuisine, Beijing is also well known for its teahouses, and you'll find some fine establishments in the Qianmen area south of Tiananmen Square. Most Tenrenfu tea houses will give visitors a free tea demonstration and, for an authentic experience, you should find a teahouse frequented by locals rather than tourists.

Many teahouses hold rituals that have been carried out for centuries, so visiting can be a real cultural experience. However, beware being led to a teahouse by strangers who may be involved in an elaborate scam to make money from unwitting tourists.

If you plan to visit a teahouse near Tiananmen Square, combine your tasting session with some sightseeing, as the square was the location of democratic protests during 1989 in which hundreds of civilians were killed. The poignant plot is also the location of some of Beijing's best known attractions, such as the Monument to the People's Heroes, Tiananmen Tower and the National Museum of China.

Close to the tower is another must-visit – the Forbidden City, which contains thousands of buildings built in the early 1400s during the Ming dynasty. Take a look at the palatial complex and the other structures and travel back in time as you follow in the footsteps of more than 20 emperors who once resided here.

Afterwards, replenish your energy by heading to a nearby restaurant for some tasty local fare and a few cups of tea. You'll discover there's plenty to see and do after taking cheap flights to Beijing, with the culinary delights being among the highlights of a holiday here.

What to do on bargain holidays to Majorca

Why not visit historic San Gimignano?