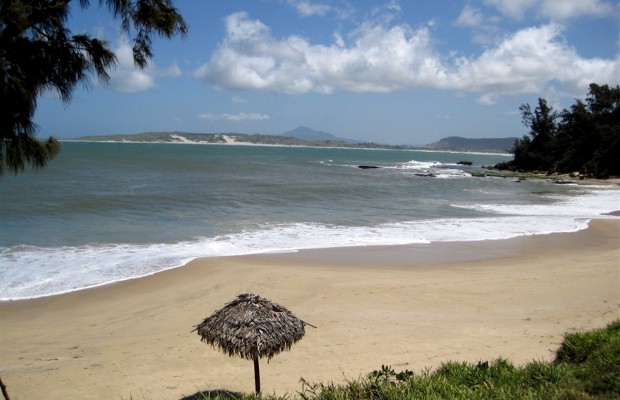 Cyclone Giovanna is expected to reach Mozambique later this week.

The tropical Cyclone Giovanna has hit the island of Madagascar, with winds of up to 194km (120mph).

The cyclone made landfall overnight near the eastern port city of Toamasina, reports the BBC.

At least one person has been killed and meteorologists warn the damage may be as bad as in 1994, when a cyclone killed 200 people and displaced 40,000.

Cyclone Giovanna is expected to reach Mozambique later this week.

The Foreign and Commonwealth Office (FCO) has advised British nationals to monitor local and international weather updates from the World Meteorological Organisation (WMO) and the National Hurricane Center for updates and information on Cyclone Giovanna.

The interactive satellite map on weather.com reveals the size and movements of the cyclone over Madagascar.

Madagascar, the world's fourth largest island, is prone to cyclones and tropical storms, especially in the rainy season between February and May.

Travellers to southern Africa should find the pre-holiday bureaucracy easier in the future as the 14 member countries of the Southern African Development Community (SADC) have signed a deal to facilitate a single travel visa for the region.

Blog of the Week: Spotlight Madagascar

Blog of the Week: Spotlight Madagascar

Travellers planning a trip to Madagascar can make sure they make the most of their trip with the help of a new guide.