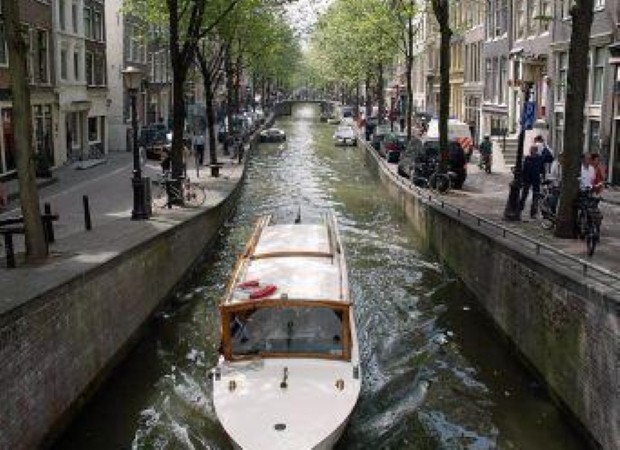 There's a museum about Amsterdam's canals

Amsterdam is the perfect city for a cultural break, with a host of museums, landmarks and galleries all waiting to be explored. Here are just five of the best museums you can visit in the Dutch city if you want to get an overview of its history, art and culture.

Think carefully about what you want to see when booking your accommodation in Amsterdam. For instance, try to find a hotel in the Jordaan area if you're keen to stop off at Anne Frank House, or opt for the museum neighbourhood if you'd rather wander around the city's top art galleries.

Arguably one of the most famous museums in Amsterdam, it's no surprise that around one million people flock here every year to learn more about the young girl whose diary became so famous, as well as to see exhibits relating to the second world war and the persecution of the Jews.

Situated on Prinsengracht, the hiding place of Anne and her family has been left largely as it was when they lived there. You can see the annex – the entrance to which was hidden behind a moveable bookcase – while in the museum you'll find historical documents, Anne's original diary and other items that belonged to those who were hiding in the concealed space.

As one of the most famous Dutch artists in the world, it is only fitting that the largest collection of Van Gogh's work should be housed in a gallery in the capital of his home country. If you have a passion for art, you should not miss the opportunity to explore the exhibits of his paintings and drawings on show here, as well as the letters penned by the artist.

Pieces such as Still Life: Vase with Twelve Sunflowers, The Potato Eaters, Bedroom in Arles and Yellow House are on display. In addition, the museum showcases work by other 19th-century artists, including Gauguin, Monet, Monticelli, Redon and Pissarro.

This is one of the newest museums in Amsterdam, having opened its doors for the first time in March 2012. Aptly located in the city's Canal district, the establishment offers a fascinating insight into the engineering behind the waterways, how they were constructed in the 17th century and how the city has developed since the canals were introduced.

The museum is located in one of the grand houses in the Canal Ring – where wealthy merchants constructed large mansions – and the opulent interior design has been preserved throughout the building.

Moving from one quintessentially Dutch feature to another, the Amsterdam Tulip Museum is a must-visit if you have an interest in horticulture. In fact, it's a fascinating place for anyone to explore, as the exhibits here do more than simply showcase the beautiful blooms. You can learn about where the flowers originally come from, how the tulip-growing industry in the country developed and discover what effect Tulipomania had on people in the Netherlands.

As the largest museum in the Netherlands, this is certainly somewhere you'll want to visit – although you may need to spend an entire day here if you want to get around even half of the exhibitions. Art, historical artefacts, archaeological finds, photographs and other items are all on display in the Rijksmuseum, chronicling hundreds of years of Dutch history.

It is worth noting, however, that the museum is currently being renovated and is not due to reopen until 2013. Until then, masterpieces from its Golden Age collection (which includes art by the likes of Rembrandt and Vermeer) will be on show in the Philips Wing on Museumplein square, while other exhibits can be found at the Rijksmuseum division at Amsterdam-Schiphol Airport.

Beach club holidays offer lots to see and do

Island hopping in the South Pacific

The benefits of tents and trailer tents when camping