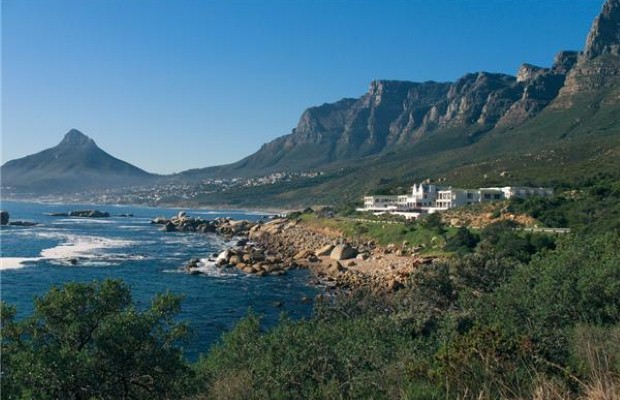 With South Africa gearing up for the 2010 FIFA world cup many parts of the country are being “made-over” in preparation for the increase in visitors.

Last month Kathy Brownlie took the opportunity to visit the country and explore the region before everyone else does. There is definitely no better time to visit.

My South African friends warned us about visiting Cape Town in winter because of its “four seasons in one day” weather. So it was a pleasant surprise when we touched down at Cape Town airport to picture perfect blue sky conditions. With Table Mountain in the distance standing proudly before the setting sun, it was easy to see why Cape Town is rated as one of the most beautiful cities in the world.

There are many tour operators (group or private) that cater to the needs of travellers in Cape Town. Not only does this mean that visitors on tight time schedules can squeeze a lot out of short visit, it also means they needn’t worry about how to get from A to B.

However, as two independent, strong-minded females we believed that driving in a foreign country was all part of the adventure so we decided to hire a car. At Â£15 a day, and with petrol less than half the price it is in the UK it proved to be very economical.

Our first port of call was the welcoming tourist information centre where we were given excellent advice about what was possible in our few days visiting Cape Town and the surrounding area. The question soon became not what could we do, but rather what things would we have to cross off the ever expanding list.

Here are our top five holiday ideas in and around Cape Town, the five things you must do when visiting the region:

The Stellenbosh wine region far exceeded my expectations, with many vineyards offering a wide range of wines to taste. At Ernie Els vineyard we were taught “proper” wine etiquette in absolutely spectacular surroundings and it was a perfect way to spend an autumnal afternoon.

We started questioning whether hiring a car was the right decision as we wanted to taste yet another stunning Sauvignon Blanc! But time was running out and we had an early start the next morning.

If there is just one thing you have to do in Cape Town, it is a visit to the top of Table Mountain; that is if you can get a good day without mist or low cloud veiling the cliffs. After three hours of strenuous hiking we found ourselves at an elevation of 1,086m.

The views over to Robben Island, the Indian Ocean (a bit too high to do some whale watching unfortunately) and the city below were worth the journey up. There is a cable car option for the less adventurous, although some might argue that you have only been to the top if you have climbed it all by foot!

Although Robben island is worth a visit in its own right (it is beautiful island with a thriving population), travellers visit for other reasons. For most tourists, Robben Island is a place synonymous with great leaders, and the struggle for freedom.

Separated from the Cape mainland by a narrow channel of seawater, Robben Island has been a place of exile for over 400 years and South Africa’s first president of the post-apartheid era, Nelson Mandela, served his prison sentence (18 years of his life!) on the island.

There are daily trips to the island, and the three-and-a-half-hour tour is definitely money well spent. Our tour was led by a formal political prisoner, and was a particularly emotional experience for everyone.

This was definitely a highlight. We got up early, and set our sights on getting to the very most southern point in Africa – well not officially as Cape Argulhas actually claims that distinction,but that wasn’t going to stop us following in the foot steps of hoards of tourists before us.

Our destination for the day: The Cape of Good Hope. On the way we stopped at Simons Town for breakfast at a boutique cafÃ©/restaurant called The Meeting Place Deli and Emporium (luscious!) before briefly stopping at Boulders beach to do some Penguin spotting.

While heading to Cape of Good Hope, we passed a random ostrich grazing on the side of a beach. We saw plenty of baboon warning road signs but no ostrich signs – yes, only in South Africa! By the time we got down to Cape Point the wind had picked up and we really had to hang on as it whipped around, threatening to throw us into the Indian/Atlantic ocean.

The views looking out across the huge expanse of blue were stunning. After patiently waiting 15 minutes for others to have their turn, it was finally our chance to have our paparazzi photo with the classic Cape of Good Hope sign. We had one short wander down the wild beach before the wind had us retreating to our cars, and we made our way back to Cape Town albeit via the Constantia Valley (which is the closest winery region to the city).

Cape Town contains many museums and galleries to educate, stimulate and entertain almost every traveller. The particular highlight for us was visiting the District Six Museum. Established in 1994, the museum successfully captures many of the experiences associated the living in the vibrant multi-cultural community before its destruction.

With handwritten notes from residents, actual street signs from the area and before/after photos we were left with a much more vivid picture of what life was like in the apartheid era. To say we were emotionally impacted would be an understatement.

At times it was hard to believe we were visiting this beautiful country that has come so far in the last fifty years. To a large extent, the road ahead for South Africa may still be a bumpy one, but there was definitely hope and good spirit in the people we met.

In three days, some might say we only scratched the surface of the city. However, I know that Cape Town will definitely be a city I will be returning too. Whether it will be for shark diving, sky-diving, wine tasting, local safari parks, shopping at the V&A waterfront or exploring the famous Kirstenbosch botanic gardens and neighbouring beaches, there is still so much more to see.

Where to stay in Cape Town:

There is a range of accommodation options in Cape Town to meet both ends of the budget spectrum:

Stay at the 12 Apostles Hotel and Spa and you will be treated to breathtaking views of the Indian ocean and may even be lucky to do some whale watching from your own room. The restaurant alone is worth a visit – be sure to book in advance.

The BackPack and Africa Travel Centre is an award-winning, centrally located hostel that can offer some of the best travel advice in town.

Escape from the World Cup frenzy in Cape Town this summer and visit the Journey's End boutique winery on your holiday in South Africa.

Take a stylish city break to Cape Town with this exclusive offer from Escapa.com.

A brand new resort from One&Only will launch in Cape Town on April 3rd 2009, promising to transform the waterfront and marking Sol Kerzner's homecoming to South Africa where he started his visionary career in hospitality.

If you are looking to experience the heat of the South African summer, explore the coast and go on safari, Cape Town is a great destination.

Treat yourself with a holiday to the Canary Islands

Explore Orlando with a hire car from Auto Europe