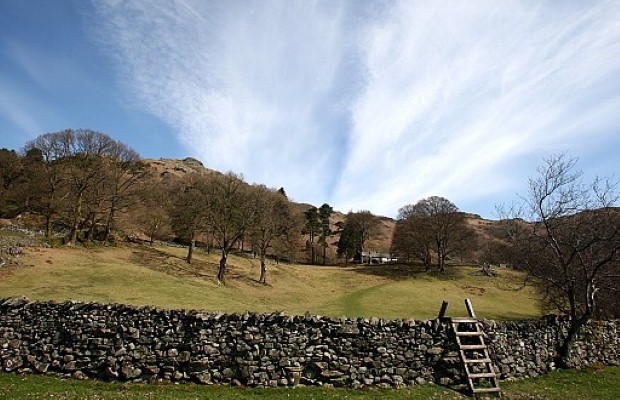 It seems the ‘staycation’ trend is still going strong in 2013, with the UK’s top 20 summer holiday hotspots receiving a £12 billion economic boost as 41 million Britons opt for a great British holiday in these destinations this year.

The findings have been revealed in a new travel report out today from budget hotel chain Travelodge who surveyed 3,000 Britons to reveal the UK’s top 20 popular staycation holidays for this year.

Rural breaks dominate the charts with nine places in the top 20, according to the report, including Cornwall, Devon, The Lake District and The Scottish Highlands.

More than 17 million (17.3m) Britons report that they will visit one of the nine rural locations that appear in the UK’s top 20 staycation destinations this year. The total spend from these visitors will inject an extra £5.2 billion into these rural economies.

The most popular rural destination is the Lake District, whose 3.2 million annual holidaymakers will boost the local economy by almost £1bn (£980,000). Other popular rural locations are the Scottish Highlands, which will see a boost of £802m from its 2.6 million visitors, and Dorset – a new entrant into the top ten of the staycation charts – made popular this year by the hit TV show Broadchurch.

City locations account for six of the top 20 destinations, with capital cities London and Edinburgh respectively dominating the top places in the 2013  staycation charts.

With more than four million (4.2 million) Britons holidaying in London this year, each visitor will be spending on average £308.20 on accommodation, dining, entertainment and local attractions. This total investment will boost the capital’s economy by £1.3 billion.

Edinburgh is the nation’s second most popular staycation destination this year (up from fifth place in 2012), with four million (4.1 million) Britons holidaying in the historic city in 2013 – this will boost the local economy by £1.2 billion.

Other key city locations for British holidaymakers are the great northern cities including York, Newcastle, Manchester and Liverpool.

The 2013 staycation chart shows that the traditional popularity of seaside resorts remains the case today, with Cornwall, Devon and Blackpool each making our top ten favourite staycation destinations, despite a slight fall in their ranking from last year. Seaside locations account for a quarter of the top 20 destinations, with almost ten million visitors heading to the five locations that appear in the list, which includes the Isle of Wight and Bournemouth.

This shows that the bellwether seaside destinations of previous generations are still pulling in holidaymakers, with Cornwall seeing 3.2 million visitors boost the local economy by £972 million, Devon benefitting by £640 million thanks to 2.1 million holidaymakers, andBlackpool’s 1.8 million visitors boosting the town’s local economy by £550 million.

Grant Hearn, Travelodge CEO said: “The staycation trend accelerating to record levels and boosting our economy by £12 billion this year is a welcome sign and hopefully this is the start of our 2012 Olympics legacy gain.”

“However we cannot sit on our laurels, as one of Britain’s biggest business sectors, the opportunity to grow is still great. We are no way near to unlocking the true potential of our industry. British tourism needs to be treated like a series business sector and Government needs to move our industry from the Department of Culture Media & Sports to the Department for Business, Innovation & Skills. Lack of immediate action is costing jobs, growth and investment,” he added.

Top 5 cycling routes in the UK

To celebrate National Bike Week (June 15th-23rd) we take a look at some of the best cycle routes in the UK, from Cornwall’s Camel Trail to the epic Land’s End to John O’Groats challenge.

Find the perfect sailing holidays with The Moorings

Trips to Lapland and Northern Lights increase this winter