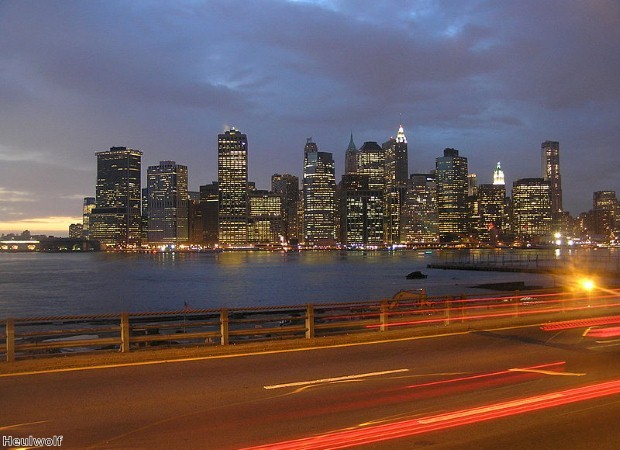 If you're about to take business class flights to New York and are busily planning your itinerary so you can see as much as possible, you may wish to add TriBeCa to your schedule. This part of the city is known for being both quaint and cosmopolitan.

Situated south of SoHo in Lower Manhattan, the neighbourhood – which goes by the acronym for Triangle Below Canal Street – boasts a real community spirit, which could be perfect if you want to escape the bustle of the big city.

The cobbled streets and old warehouse buildings give this area a sense of history, although it did not become urbanised until the 1800s when it was a textile hub. Today, the remaining buildings are evidence of its industrial past, but with its mix of galleries, famous restaurants and boutiques, those days seem a long time ago.

As it is bordered by Broadway, TriBeCa is close to the heart of the Big Apple's entertainment industry, as evidenced by the world famous TriBeCa Film Festival.

The event was founded by Academy Award-winning actor Robert De Niro and several others following the attacks on the World Trade Center in 2001. The aim behind the festival was to help revitalise the Lower Manhattan region both economically and culturally by coming together to celebrate music, art and the movies.

Meanwhile, if you have purchased your cheap business class flights to the USA to travel during the spring, you will be arriving just in time for the Taste of TriBeCa festival.

During this time, some of the neighbourhood's most celebrated chefs – and there are many to choose from – prepare their signature dishes and you can purchase a ticket that allows you to have six tastings at the participating restaurants. The money raised goes towards the two local public primary schools.

However, whatever time of year you visit you are in for a culinary treat as this part of New York is renowned for its restaurants. Landmarc is one favourite, where you can sample bistro-style fare inspired by French and Italian cooking, while Tribakery serves up sandwiches, soups and amazing desserts.

With so much to offer, you are sure to be glad you included a visit to TriBeCa in your New York itinerary.

Open House London weekend: What, where, when and how | Travelbite

How to get the best cheap cruise deal