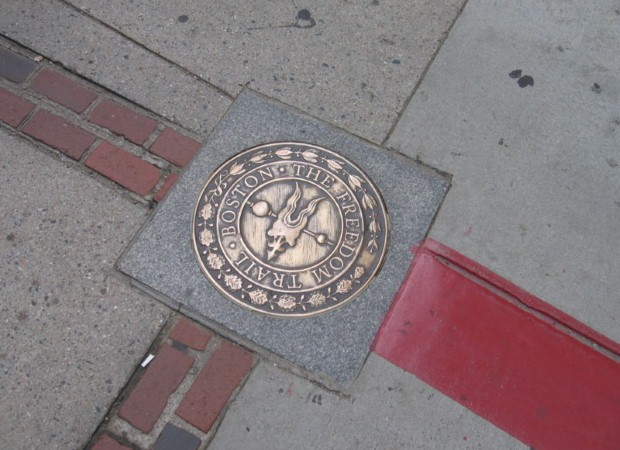 For holidaymakers who enjoy doing nothing more than finding out about the history of the destinations they travel to, Boston is a fantastic place to visit. As one of the oldest cities in the United States, coming here enables you to gain an insight into its rich past, especially if you follow the Freedom Trail.

Stretching for 2.5 miles through the heart of the city, this fascinating path takes you to 16 historic landmarks that provide a glimpse into some of the key incidents of the American Revolution, an event that began in Boston and saw the US establish its independence from British rule. Whether you visit all the sites in sequence or only want to stop by a couple of them, the route can be easily walked and is marked by a bricked or painted red line.

Following even a small part of it once you've touched down on your flight from the UK to Boston means you will quickly discover more about one of the most important events in American history, though it's worth making a particular effort to see the below sites.

As most Freedom Trail tours start from Boston Common, it is one place you definitely ought to see. Established in 1634, it is the oldest public park in the United States and has served a range of purposes over the years, from being a place where pirates and murderers were executed to a training camp for British soldiers prior to the start of the Revolutionary War.

The park was also the location of several bonfires and parties to celebrate the end of the conflict, while it became a popular destination for public speaking events towards the end of the 20th century. Pope John Paul II and Martin Luther King Jr are among those to have given speeches here, while today Boston Common hosts a number of festivals and music performances.

Once you've finished exploring Boston Common, the next point on the Freedom Trail you will come across is the Massachusetts State House. This is one of the most eye-catching buildings you'll see in Boston and contains an array of archaeological features, although it is perhaps the golden dome that captures most people's interest.

Constructed in 1798, this building continues to serve as the political headquarters for the entire state and, while you can step inside to take a tour, you will need to book this in advance.

Site of the Boston Massacre

Follow the trail up to State Street and you'll find a simple circle of stones laid in the ground to mark the location of one the most infamous events in the city's history – the Boston Massacre. Ongoing tensions between the city's residents and the ruling British forces came to a head here in the spring of 1770, with the mass brawl that broke out resulting in the deaths of five men and commonly regarded as helping to encourage more locals to campaign for America's independence.

A re-enactment of the conflict takes place every year on March 5th to mark the anniversary of the killings and, if you time your visit to coincide with this, you will get an even greater understanding of the events that happened here.

The Freedom Trail ends at the Charlestown Navy Yard where you'll find the USS Constitution. Also known as Old Ironsides, this is the oldest commissioned warship still afloat in the whole world and remains operational to this day. Step onboard and you can learn more about this amazing vessel, including the role it played in the Barbary Wars and protecting Boston from pirate attacks.

Visit the Grand Hotel Krasnapolsky and the monumental winter garden with a trip to Amsterdam – travelbite.co.uk

Why choose the Annapurna Sanctuary for a trekking holiday?