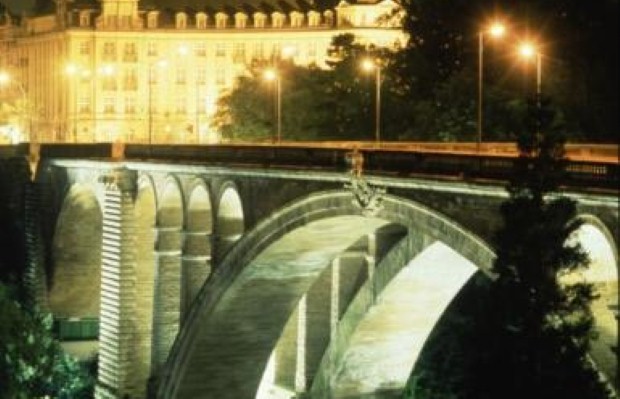 For a holiday of gastronomical proportions, it is worth considering somewhere a little different and off the radar of the traditional foody, whose first port of call would usually be cities like Paris and New York.

Where better to sample some of the finest meals in the world than in the country that has the most Michelin-starred restaurants per square mile of anywhere in the world – Luxembourg.

This small landlocked country has 14 Michelin-starred restaurants to choose from during your stay in the Grand Duchy – which works out at a staggering 32.6 Michelin-starred eateries per million of the population.

Conversely, France’s ratio works out at 10.5 Michelin-starred restaurants per million of its population.

The fare which Luxembourg cuisine specialises in is a mixture of traditional local food, like Ham in Hay and Buckwheat Dumplings, updated with influences from France and Germany, two of its neighbouring countries.

The Clairefontaine in one of Luxembourg city’s most picturesque areas, Clairefontaine Place, does a fine line in quality French food, and is a favourite of the rich and influential, such as diplomats who enjoy a mouthful of truffles and smoked turbot.

Elsewhere in Luxembourg’s capital is the esteemed seafood restaurant, Jan Schneidewind on Rue de Cure, where you can gorge on stuffed crab and bouillabaisse in a cosy setting.

Uncover the secrets of the tiny country of Luxembourg, with a last minute escorted tour specialist Travelsphere.

A Michelin restaurant and hotel guide for Tokyo will be out in November 2007.

A guide to the different areas of Dubai