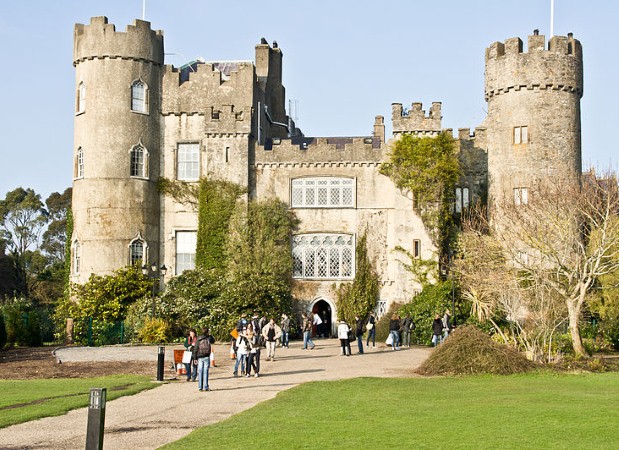 Visit Malahide Castle on your next trip to Ireland

If castles, churches, towers and pretty much anything historic are the things that really interest you on holiday, then Fingal is the place to go. This area, which is part of the greater Dublin region, is dotted with all sorts of monuments to times gone by.

Fingal can trace its history back to early Christian civilisations and Viking occupation. The best thing to do is hire a car in Dublin and set out to see what you can find. Some of the remarkable structures you might come across are outlined below. So happy exploring!

One of the oldest castles in the whole of Ireland, Malahide should grace any self-respecting culture lover's list. It is set within 260 acres of beautiful gardens and parkland, having been constructed in the 12th century.

For the past 800 years it has been home to consecutive generations of the Talbot family, who have plenty of interesting stories centred around the building. Some of these are told as part of an exhibition about the family, which can be found in the castle itself.

A short drive from Malahide is St Doulagh's Church, which stands on the spot where a monastic settlement was established by the saint in the seventh century. The current occupant of the site was constructed in the 12th century and has many Saxon features, including walls that are three feet thick.

Particular features to look for when visiting the church are the leper's window, which allowed someone suffering with the disease to take Holy Communion, and the penitential cell, used to get those who had committed wrongs to change their ways.

The belfry is the only part of a medieval church left standing in Swords, which fell into disrepair and then had its foundations used for the construction of a new place of worship. Climbing to the top of St Columba's on a clear day gives visitors the chance to see four separate counties stretching off in different directions.

Not far from the tower is Swords Castle, also dating back to medieval times, when it was constructed to house an archbishop of Dublin. Stretching over half an acre of ground, the castle has an unusual pentagon-shaped floor plan and a 260 metre-long perimeter wall.

Despite being built at different various times over the course of 1,000 years, a ninth century round tower, medieval belfry and 19th century church in Lusk have been grouped together to house an informative heritage centre.

This stunning setting is a great place to come if you wish to find out any additional facts about the surrounding area. It contains an exhibition that covers all of the medieval churches in Fingal and also explains the presence of the 16th century effigy tomb of Sir Christopher Barnewall and his wife Marion Sharl.

At the other end of the spectrum are the somewhat more humble Martell Towers, dating back to the time of the Napoleonic wars. These tiny defensive forts consisted of two floors, but still only rose 40 feet into the air.

There are 12 of these towers along the Fingal coastline, each built with walls thick enough to resist cannon fire. As they were constructed within sight of each other in order to allow easy communication, you could make a nice walk between them taking in the sea views.

A guide to Devon's holiday towns

Get together as a family in Nepal

Figueretas is a fun-filled laidback destination for Ibiza holidays – travelbite.co.uk