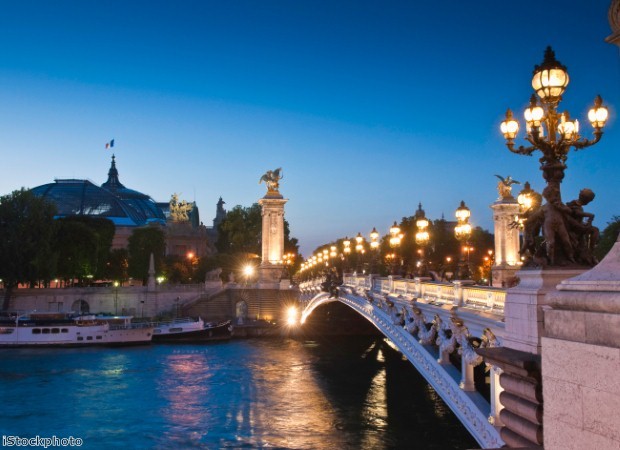 Paris is home to a huge variety of different attractions, so many in fact that you may find yourself not having time to see them all in one trip. One way to solve this problem is to explore the city by boat; this way you can take in the sights while relaxing on the Seine River.

There are many tours offering trips on the river, which runs through the centre of the French capital, dividing the northern half from the southern. More importantly, it travels directly through the historical quarter of Paris, allowing you to make the most of the sightseeing opportunities to be had in this vibrant city. If you imagined setting your eyes upon the Eiffel Tower, the Champs-Elysees and the Louvre, this is an ideal way to do it.

These are just a few of the sights you will encounter if you head out on a river boat tour after checking in to your Paris hotel – read on to find out more about them.

This is perhaps the most famous sight in all of Paris, and many people come to the city to visit it on foot and climb to the top of the 324 m high structure.

It was constructed by Gustave Eiffel in the 18th century and has been attracting tourists to Paris for more than 120 years. At the tower itself, you can dine at the Jules Verne restaurant or head to the top and enjoy a 360-degree view of the capital city. However, by boat, you can see it in all its splendour, overlooking the riverbanks and standing tall in the Parisian skyline.

Best known as the city's biggest high street, the Champs Elysees is one of those places you just have to visit on a trip to Paris. You won't get to stroll along the avenue itself when on a boat tour, but at nearly 2 km long, you'll probably be glad of your leisurely form of transport cruising down the river instead!

From the Seine, you can still get a glimpse of the Champs Elysees, so keep an eye out for the many restaurants, cafes and high-end shops to be found here. If you like the look of them, it might be worth re-visiting the area later where you can enjoy an evening out with your travelling companions.

Keep your camera at the ready and take a photo of the Arc de Triomphe as you pass by, a monument built by Napoleon Bonaporte to mark his victories.

Another of Paris' iconic sites is Musee du Louvre, and you'll be able to see the well-known glass pyramid as you cruise down the Seine River on your boat trip.

The 20 m high structure is the entrance of the museum and was built in the late 20th century. The museum inside, however, has been around since the French Revolution and is home to some of the most important artefacts, paintings and antiquities in the world.

You'll be familiar with Leonardo da Vinci's The Mona Lisa, which is probably the most famous piece kept in the Louvre, but works by Eugene Delacroix and other artists are also showcased here. In fact, if you do have an opportunity to stretch your legs and take a tour around the museum, there are 35,000 works on display, so you'll be kept busy walking around the 210,000 sq m building for a while.

Taking a boat trip along the Seine doesn't just offer you the chance to spot a sight or two; it's a great opportunity to soak up the Parisian atmosphere. Put your camera down for a moment and you can feel the charm and history of the capital simply by riding along the river.