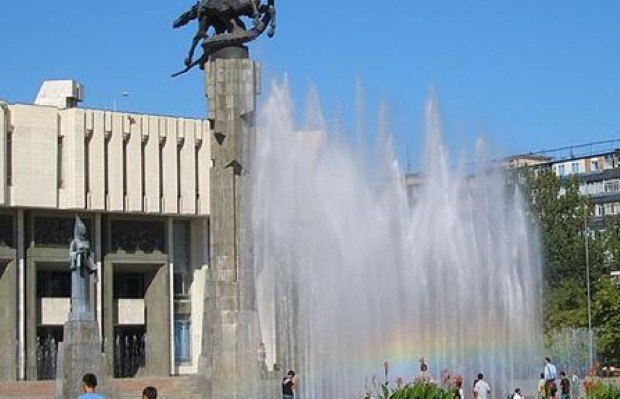 “We can confirm that a British citizen was shot in the leg in a bar in Bishkek,” a spokeswoman for the Foreign Office said.

“The British honorary consul is liaising with those involved and with the local authorities.”

The man, believed to be in his thirties, is reported to be from Rochdale, Lancashire.

The Foreign Office has confirmed the shooting took place in a local bar, but states the majority of visits to the region are peaceful.

“Most visits are trouble free. However, mugging, sometimes violent, and theft regularly occur in both cities and rural areas and foreigners are a particular target,” the Foreign Office said in a statement.

A large number of England fans have travelled to the region ahead of England’s World Cup qualifier against Kazakhstan.

The match his scheduled to take place in the Kazakh city of Almaty on Saturday.

The number of British football fans travelling to Europe to support their team has doubled over the last five years.

Head off on a Caribbean cruise with Cruise.co.uk

Why you should cruise the Canaries – travelbite.co.uk

Where can I book a family volunteering break?