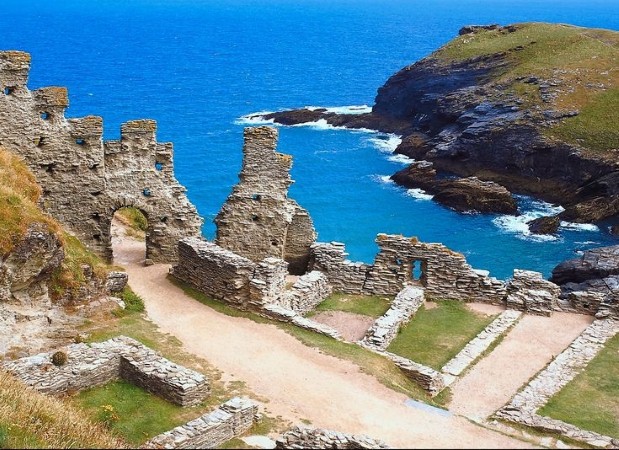 If you want a getaway with a difference, you could book Cornwall holiday cottages and get to know the myths and mystery of Tintagel.

Stay in one of the many UK holiday cottages in this part of the country and you will have numerous opportunities to explore the countryside here.

One great place to begin sightseeing is Tintagel Castle, which can be found on the North Cornwall coast.

The fortress itself is steeped in mystery and legend and is thought to be the birthplace of King Arthur. You might also like to have a look at Merlin's Cave, which is situated nearby.

You are sure to find the remains of this 13th century castle breathtaking, with its windswept cliffs, steep steps made of stone and strong, stout walls encircling the great hall where Richard, Earl of Cornwall, once called home.

Tintagel was also used as a Roman military outpost and settlement, later becoming a trading settlement in the fifth and sixth centuries for the Celtic kings of Cornwall.

The site has proved surprising for excavators and archaeologists over the years. In 1998, an excavation was undertaken in the sheltered part of the eastern side of the island.

Here, imported pottery from the Mediterranean made in the fifth and sixth centuries was discovered, as well as fragments of fine Spanish glass thought to be from either the sixth or seventh centuries.

What's more, a 1,500-year-old piece of slate was found as well, bearing two Latin inscriptions. One of these reads 'Artognou, father of a descendent of Coll, has had this made', although it has not yet been established just who Artognou was.

Families enjoying a trip to this part of Cornwall can even stage their own production of the story of King Arthur.

Staff at the castle have written a short play featuring famous characters such as Guinevere, Arthur, Merlin, Kay and Hector and putting on a performance could be a great way to entertain the kids and teach them a little something as well.

You should also explore the village, which is home to the Hall of Chivalry – another part of Arthurian legend. If you head to the area at the right time of year, you will be able to watch a re-enactment of the Battle of Camlann – Arthur's final battle against Mordred, son of Lot – which takes place every year.

Get great deals on flights to Dubai with Flight Centre – travelbite.co.uk