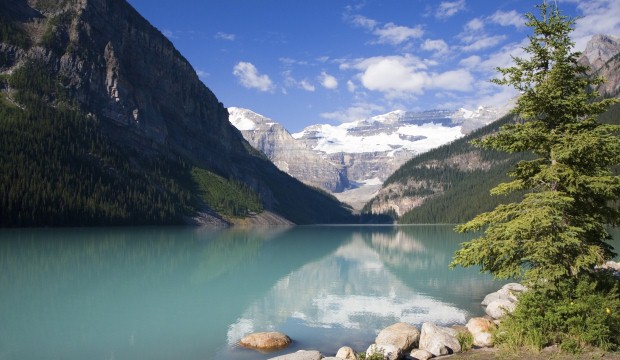 Montreal is an alluring mixture of cobbled streets in the old town, spectacular sky-scrapers and friendly people.

Although Ottawa is Canada's political capital, it might be argued – and I'm sure many Torontonians would agree – that this city is the place to be in the Great White North.

One of Vancouver's greatest strengths lies in its multi-faceted nature.

Why we’re loving Nova Scotia this week: Whale watching season has begun in Atlantic Canada and each summer thousands of British visitors head to the region to see more than 21 species of whales transform the coastline into a playground for the ocean giants.

Destination of the week: Calgary, Canada

Our destination of the week this week is Calgary in Alberta, Canada in celebration of the upcoming Calgary Stampede held annually on the first Friday after Canada Day.

Canada has the world's best reputation

Canada has been named as the country with the best global reputation in the world according to a study measuring public perceptions of countries around the world.

Get back to nature on a sailing holiday in Canada

Canada might not be the most obvious destination for a yacht charter holiday, but it should be. After all, it boasts ample coastline, amazing national parks, stunning scenery and the perfect sailing conditions, especially in British Columbia.

This unique six day trip with Discover The World enables you to experience Polar Bears up close in their natural habitat.

Few countries offer holidaymakers quite the wealth of possibilities as Canada, from whale-watching in Victoria, partying in Toronto or enjoying the outdoor playground of the Rockies.

With a land area of 9,984,670 square km Canada is the second largest country in the world after the Russian Federation. The population is 33million, so there is plenty of space for everyone, especially as the majority of the urban population is in cities spaced along a 4000 mile-long strip just north of the US border. The rest is wilderness.

Only by travelling across this vast country can you appreciate the enterprise and hardiness of the original European settlers, the “voyageurs”. These were French trappers in the main who paddled and carried their canoes from east to west, trading with the indigenous Indian tribes as they went. Their main legacy is that Canada is officially bilingual, French/English and one of the Provinces, Quebec, is predominantly French in ancestry and character, as is easily seen in its provincial capital, Quebec City.

The other major cities of Montreal, Toronto, Calgary and Vancouver are all thriving metropolises with all that the good life has to offer, and the attractive city of Ottawa makes a fitting capital. But Canada is really about the great outdoors.

There is skiing all over the country throughout the long winter. It is best in the Rockies in the west where resorts such as Whistler are renowned for the great powder skiing on offer.

In the east the skiing is excellent but the temperatures can be intimidatingly low. There are also all the other winter sports, such as ice-skating (try the floodlit Rideau Canal in Ottawa) and ice-hockey – the fervently supported national game.

In the summer the national parks in the Rockies, such as Banff (with its iconic Lac Louise reflecting the mountains in its still waters) and Jasper are without equal for touring, camping and trekking.

Remember though that this is the wild, so make sure you get advice on do's and don’ts (eg. leave your food outside in a bag hanging from a tree or you may get unwelcome visits from bears).

Remember also that the beautiful lakes and conifer forests you see in photographs are populated in summer by countless numbers of blackfly and mosquitoes which can ruin your camping unless you have suitable insect repellant.

For the truly adventurous in spirit there are the northern provinces of Yukon and the Northern Territories where the indigenous Inuit live. There is great hunting, fishing and mountain climbing to be had, and dog-sledding, but not for the faint-hearted!