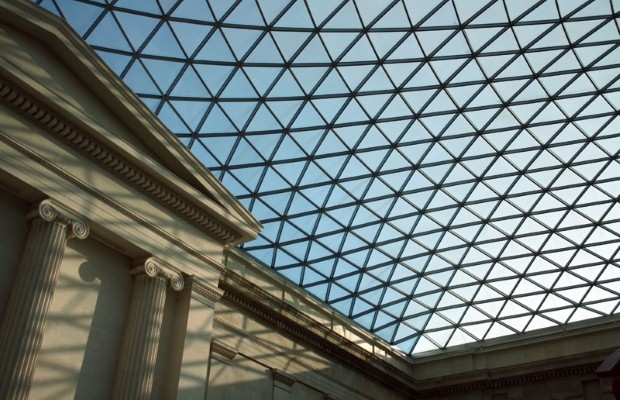 The British Museum is the most popular attraction in London

The British Museum is the most popular visitor attraction in the capital, according to statistics released by the Association of Leading Visitor Attractions (ALVA) today.

The busiest day of the year was Friday August 16th with 33,848 visits and July was the busiest month on record with a whopping 747,936 visits.

The second most popular attraction was the National Gallery, which saw a 14 per cent increase to 6,031,574 visitors and in 3rd place, was the Natural History Museum with
5,356,884.

Julie Chappell, director of consumer marketing and digital channels at London & Partners, said: “London’s cultural offering is unparalleled. We have a fantastically diverse range of attractions that showcase not only the history and heritage of our city, but also the wide range of cultural attractions. As the home to some of the most significant museums and landmarks in the world, it’s not surprising that 76% of visitors to London come to enjoy its world-class museums and galleries.”

No doubt its world-renowned and critically-acclaimed 2013 exhibitions 'Ice Age Art: arrival of the modern mind'; 'Life and death in Pompeii' and 'Herculaneum and Shunga: Sex and pleasure in Japanese art' played a big part in the British Museum's success.

Neil MacGregor, director of the British Museum, said: "I am delighted that so many people have visited the world collection at the British Museum in the last year. Displays onsite, loans and touring exhibitions nationally and internationally, big screen viewings and online access mean this is truly a dynamic collection that belongs to and is used by a global citizenship".

One major upcoming exhibition that museum-goers can enjoy is 'Vikings: Life and legend', its first major exhibition on Vikings in over 30 years.

Beginning March 6th 2014, the exhibition focuses on the core period of the Viking Age from the late 8th century to the early 11th century.

Developed with the National Museum of Denmark and the Staatliche Museen zu Berlin (National Museums in Berlin), it features many new archaeological discoveries and objects never seen before in the UK alongside important Viking Age artefacts from the British Museum’s own collection and elsewhere in Britain and Ireland.

Capitalising on new research, it changes our understanding of the nature of Viking identity, trade, magic and belief and the role of the warrior in Viking society.

At the centre of the exhibition are the surviving timbers of a 37-metre-long Viking warship, the longest ever found and never seen before in the UK.

The ship, known as Roskilde 6, was excavated from the banks of Roskilde fjord in Denmark during the course of work undertaken to develop the Roskilde Viking Ship Museum in 1997.

Another highlight is The Vale of York Hoard, displayed in its entirety at the British Museum for the first time since it was discovered by metal detectorists near Harrogate in 2007.

Consisting of 617 coins, six arm rings and a quantity of bullion and hack-silver the find is one of the largest and most important Viking hoards in history.

Open House London: What, where, when and how

Ever heard of Brixton’s windmill, or wondered what is inside the iconic Battersea Power Station? Now’s your chance to find out!

On March 29th 2012 a new display of the world famous Crown Jewels will be exhibited at the Tower of London to celebrate the Queen’s Diamond Jubilee.